Dipayan Chakraborty, Oil and Gas Analyst at GlobalData, comments: “China Petrochemical is expected to add two new-build liquids storage terminals in China by 2023. Of these, the Zhanjiang IV terminal has the highest liquids storage capacity of 44 mmbbl while the Luoyang terminal accounts for the rest. Both the terminals are expected to start operations in 2022.” 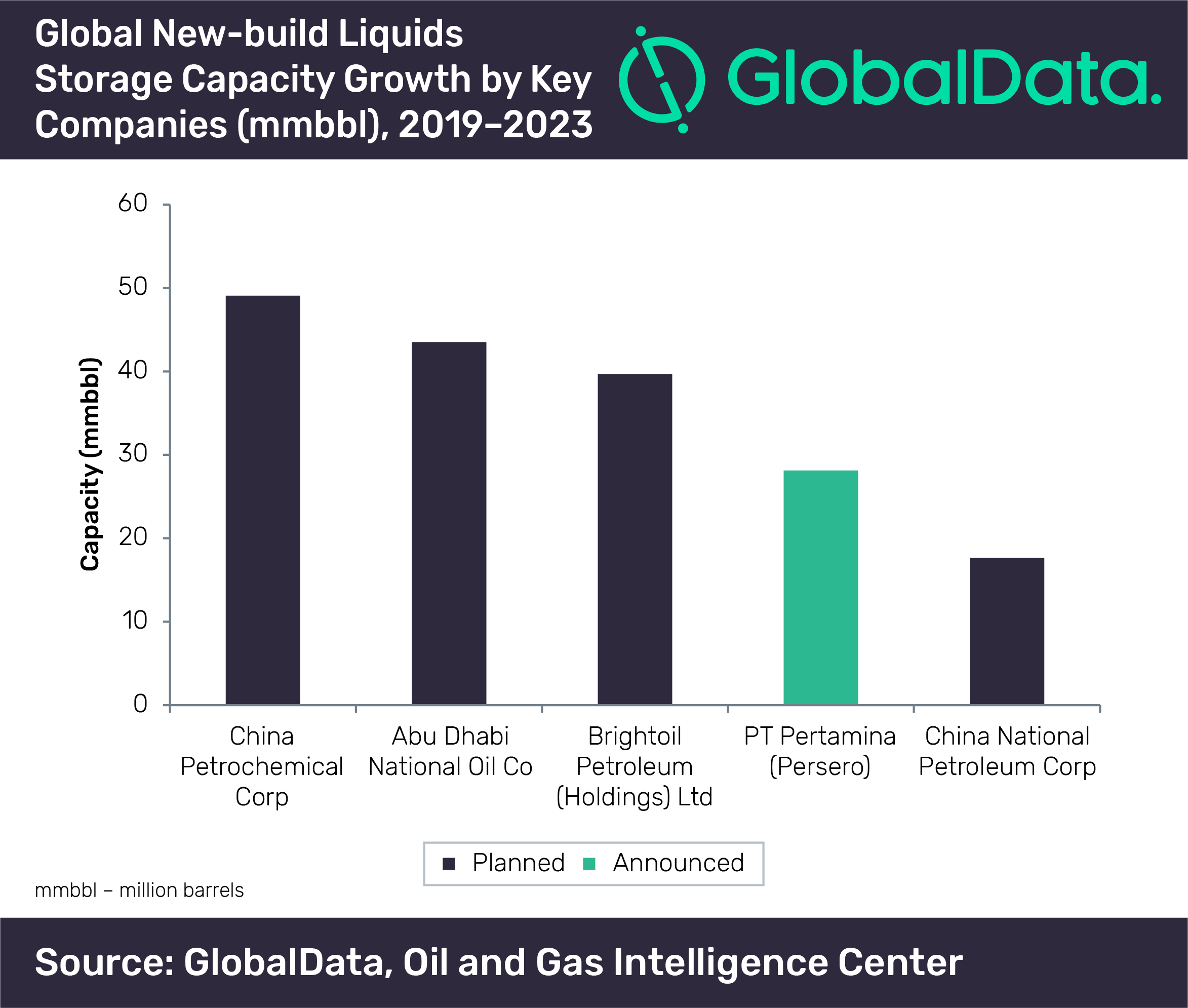 The Brightoil Petroleum (Holdings) Ltd stands third with new-build liquids storage capacity growth of 40 mmbbl by 2023. The company is expected to add two planned liquids storage terminals, Dalian IV and Zhoushan Waidiao Island, in China. Both the terminals are expected to start operations in 2019, each with a capacity of 20 mmbbl.