China is set to lead the Asia-Pacific (APAC) data center and hosting market with 36% share in the region’s overall estimated revenue in 2023, says GlobalData, a leading data and analytics company.

According to GlobalData’s Market Opportunity Forecasts Model, the data center and hosting market revenue in China is estimated to reach US$11.5bn in 2023. China, Japan, Australia, India and South Korea will be the five leading revenue generating countries, accounting for nearly 80% of the overall data center and hosting revenue in the region, which is estimated to be US$32bn in 2023. 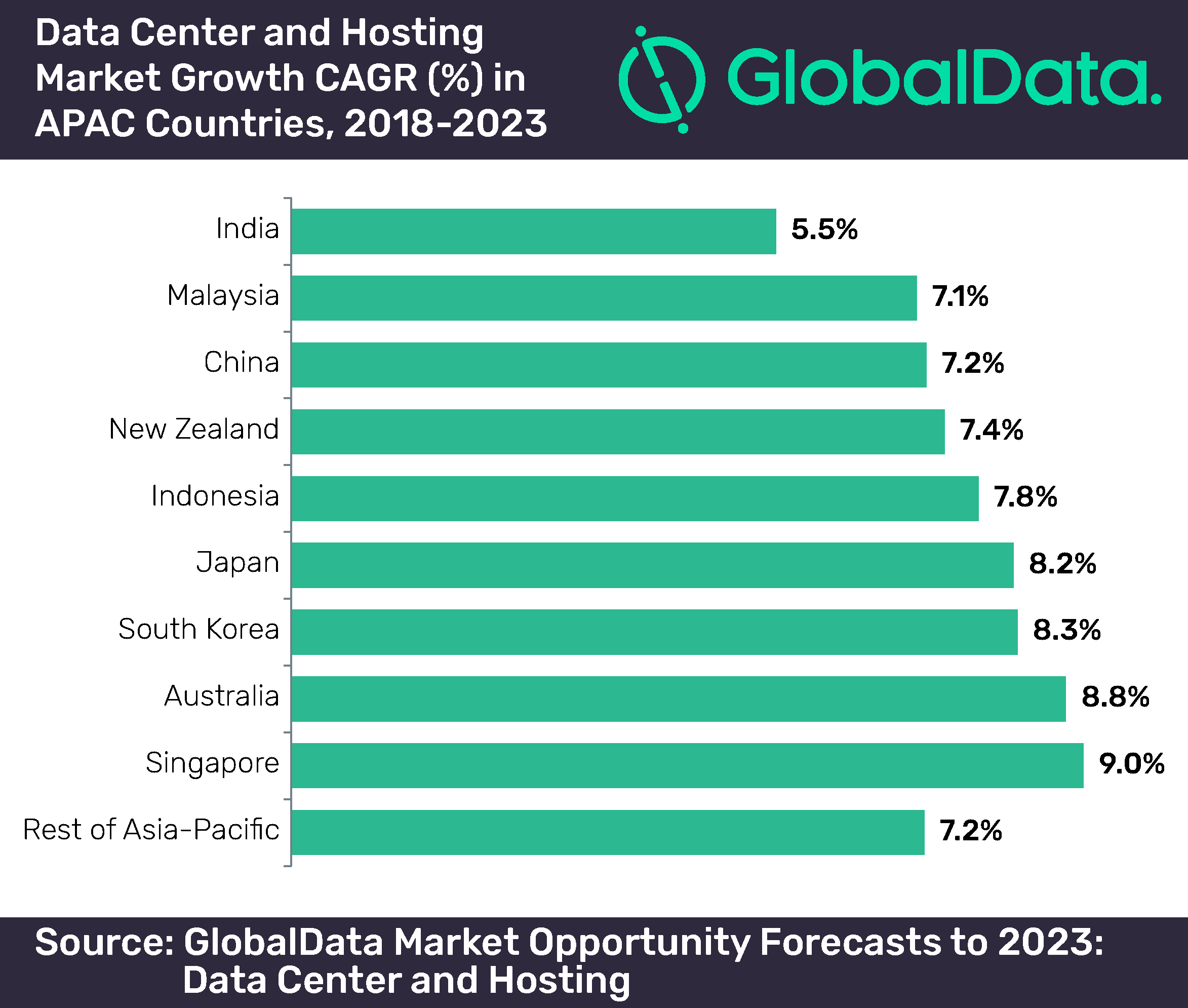 Enterprises across various countries in the APAC region continue to evolve in the today’s digital era, as they focus on leveraging the distributed, always-on, interconnected digital services, to pursue their digital transformation program. Additionally, the active involvement of leading vendors to further enhance their competency too has been a key factor driving the overall market.

Internet companies, along with cloud vendors in China, continue to make significant impact on the increased demand for data center and hosting services. Some of the major vendors operating in the country include Alibaba, Tencent, Sinnet, China Telecom and China Unicom.

In India, Oracle opened cloud data center in October 2019, as a part of its plan to build 20 data centers globally. Leading telcos in India such as Reliance Jio and Airtel too have announced plans to open data centers in the country.

In South Korea, Equinix and Oracle have opened data centers, whereas Digital reality and Samsung too have announced plans to build data centers in the country.