China is set to drive the global purified terephthalic acid (PTA) industry capacity growth from planned and announced projects between 2019 and 2023, contributing around 61% of the global growth during the period, says GlobalData, a leading data and analytics company.

The company’s report, ‘Global Purified Terephthalic Acid (PTA) Industry Outlook to 2023 – Capacity and Capital Expenditure Forecasts with Details of All Active and Planned Plants’, reveals that China is expected to have a planned and announced PTA capacity of 14.20 million tonnes per annum (mtpa) by 2023. Planned projects account for most of the capacity additions in the country. 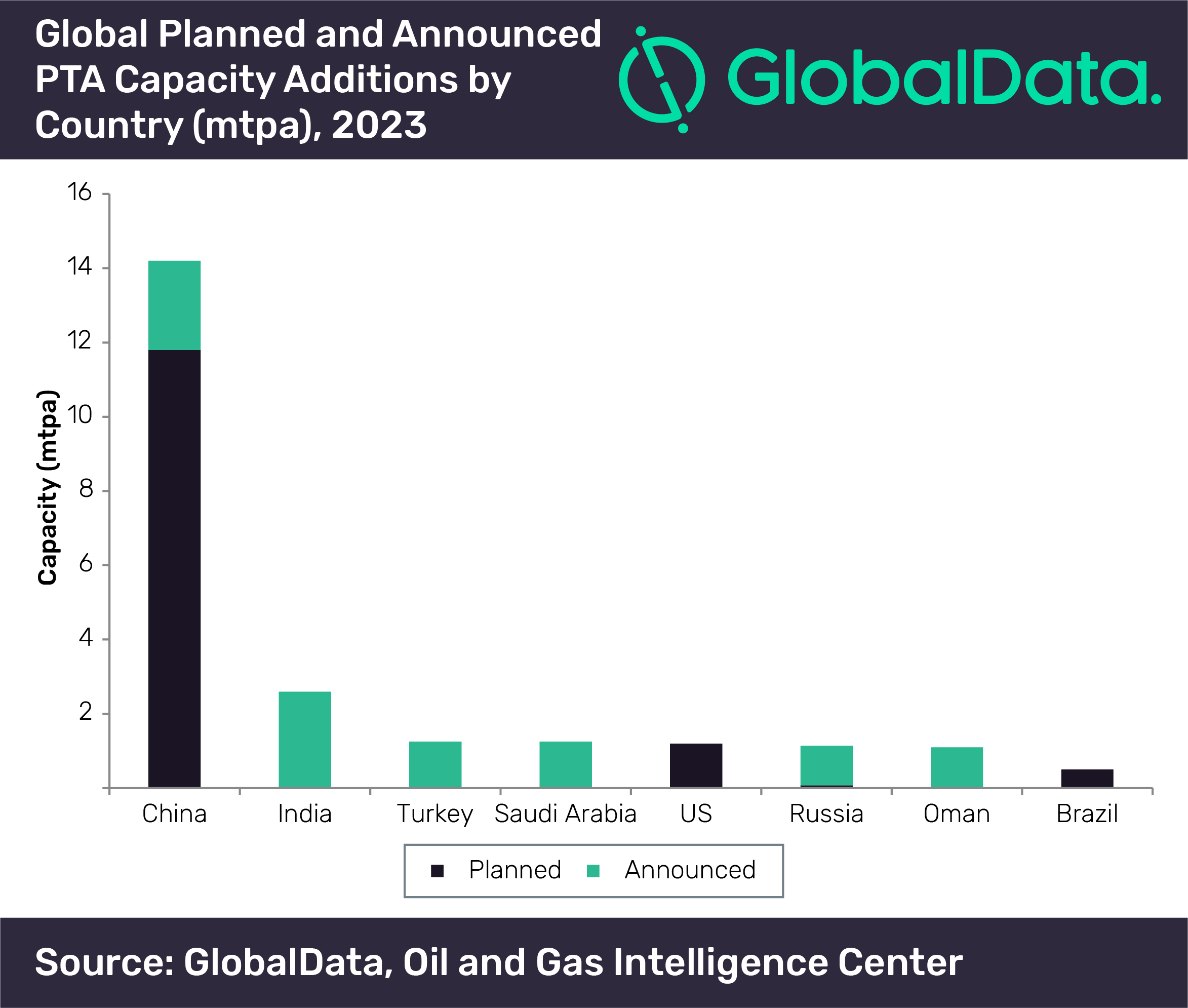