China is set for a swift economic recovery from COVID-19 while the US and UK face a bleak economic outlook, according to GlobalData, a leading data and analytics company.

COVID-19 has put an incredible strain on the world economy with economic activity coming to a near-standstill during lockdowns. No country has been able to avoid disruption, but some have fared better than others.

An analysis of GlobalData’s new COVID-19 Economic Recovery Scorecard reveals that China ranks first out of 30 countries. China has been in recovery mode for months, allowing it to close the gap on the US economy. The US ranks 14th with the UK trailing in 25th place.

Nicklas Nilsson, Senior Thematic Analyst at GlobalData, comments: “In the first half of 2020, the pandemic’s impact was more significant than first anticipated. The external sector collapsed while domestic demand shrank due to government restrictions and mass unemployment. A resurgence in infections has destroyed hope for a quick recovery.

“While several countries are struggling with the impact of COVID-19 and potential second waves, China’s economic recovery is gaining momentum with the swift resumption of business activities. It is the only major economy expected to achieve positive GDP growth in 2020.”

At the other end of the spectrum is the UK. It has been hit harder economically by COVID-19 than most European countries, and twice as hard as the US. 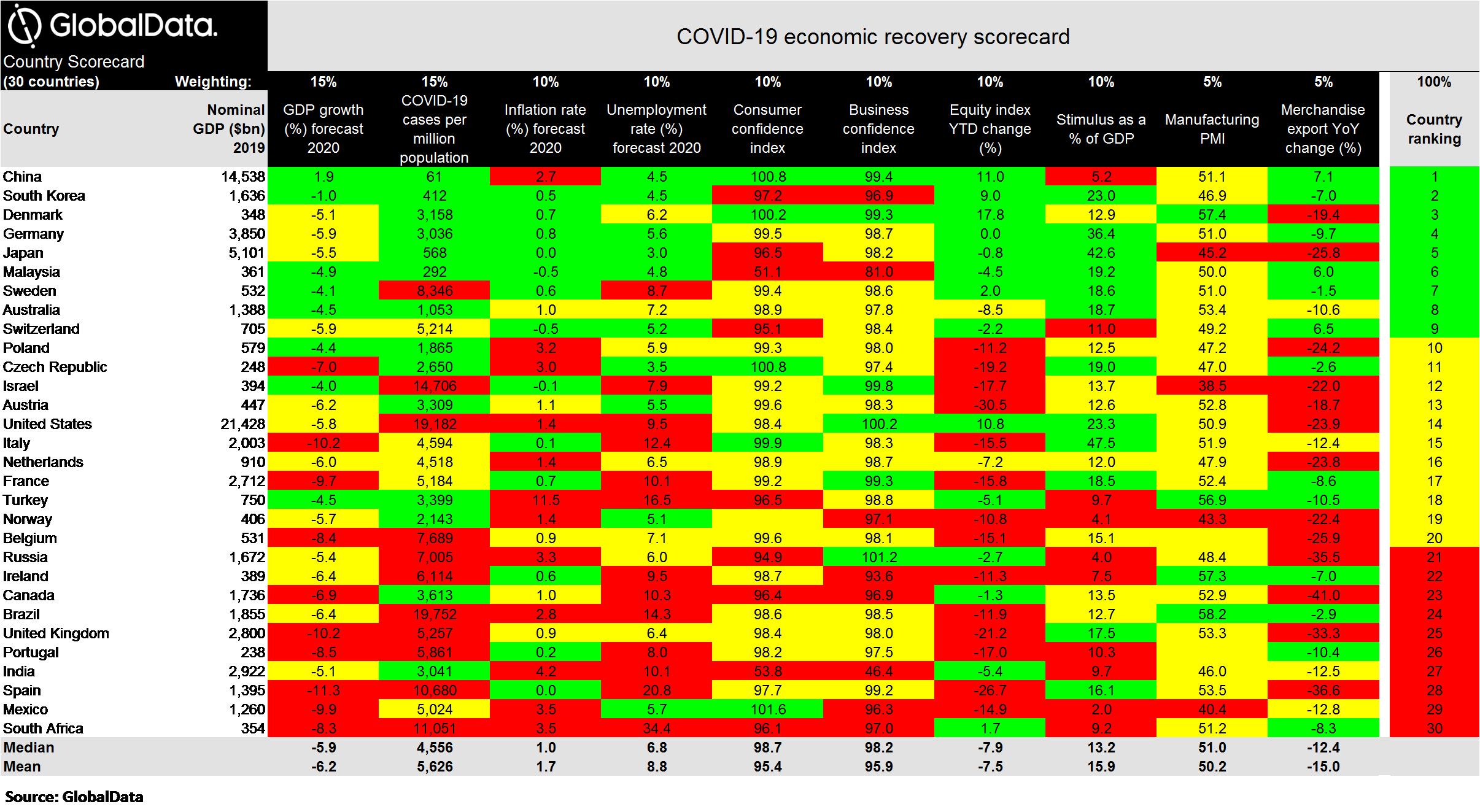 Nilsson adds: “The length of the lockdown – the UK kept stringent restrictions in place for longer than most European countries – is the primary cause for its relatively poor economic performance.”

The UK also locked down later than others, is more dependent on the harder-hit services sector, and Britons have been slower to resume normal retail behavior than other Europeans.

Nilsson concludes: “The short-term outlook does not look good for the UK. The threat of mass unemployment looms large as the government’s furlough scheme ends in October 2020, though millions still depend on it. Then there is Brexit, where a trade agreement between the UK and EU before the end of the year appears increasingly unlikely.”