Chinese companies have outpaced their western counterparts by value in the top five VC funded companies in the global payments space during 2018, according to GlobalData, a leading and data analytics company.

Ant Financial, the parent company of Alipay (largest mobile payments network in China), has attracted the highest VC funding among all companies in the payments space during the period. Interestingly, the $14bn raised by the company in 2018 remains the single largest fundraising ever by a private company.

In anticipation of its initial public offering (IPO) and future growth prospects, Ant Financial became an attractive bet for domestic as well as international investors. Moreover, Ant Financial is making inroads into international markets by investing or acquiring stakes in foreign firms.

Bitmain is the other Chinese company to make it to the list of top five VC funded payments tech companies, with a total disclosed funding of $0.73bn during 2018. It is one of the largest companies in cryptocurrency sector and its dominant position in the sector has generated significant investor interest. 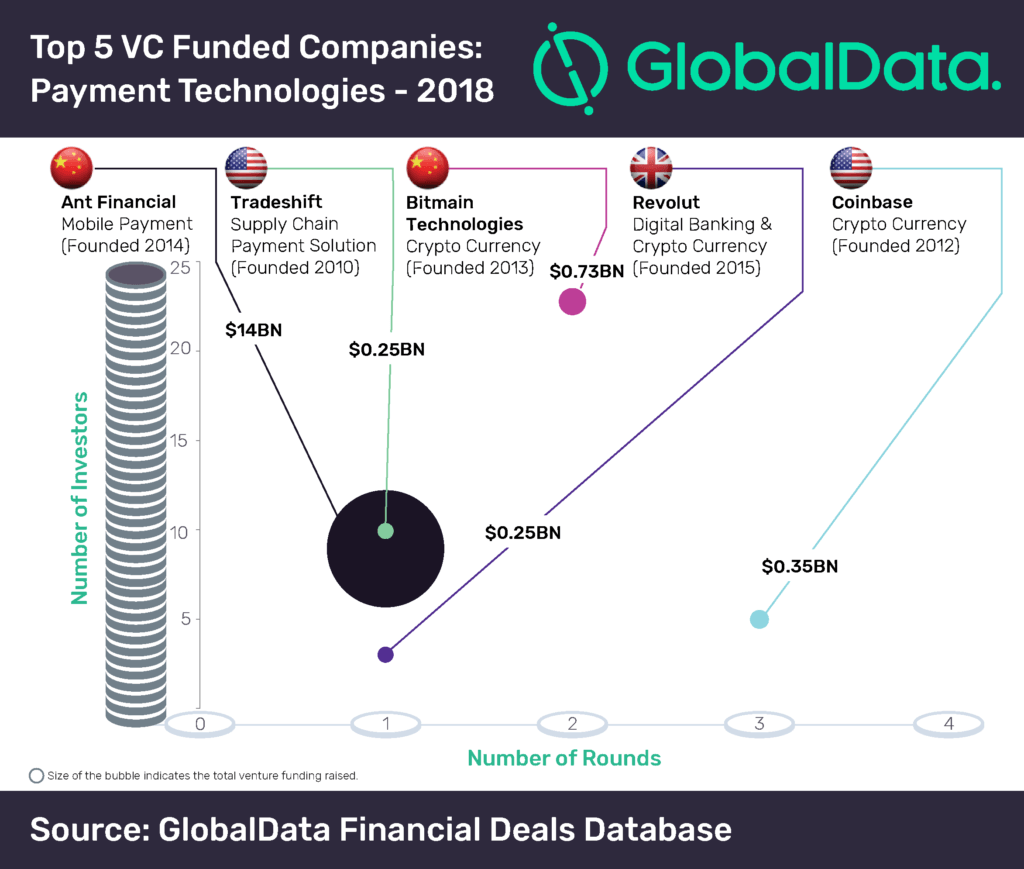 Aurojyoti Bose, Financial Deals Analyst at GlobalData, comments: “Investments in payments technologies predominantly revolve around mobile payments and cryptocurrency. Chinese companies working in this space are giving their western counterparts a run for their money.”