Bank of America and Moelis & Co were the top financial advisers for mergers and acquisitions (M&A) in the Middle East and Africa (MEA) region by value while Citi was the top adviser by volume for Q1-Q3 2020. A total of 677 M&A deals were announced in MEA region during the period, according to GlobalData, a leading data and analytics company.

In GlobalData’s ranking, Bank of America and Moelis & Co shared the top position in terms of disclosed value by advising on three deals worth $10.1bn. Meanwhile, Citi led in terms of volume having advised on seven deals worth $8.2bn.

Aurojyoti Bose, Financial Deals Analyst at GlobalData, comments: “Citi, despite advising on more than double the number of deals advised by Bank of America and Moelis & Co, lost the top position by value to the latter. Bank of America and Moelis & Co managed to advise on one mega deal (Deal valued more than or equal to $10bn). Citi also advised on four deals worth greater than or equal to $1bn but lacked any mega deals.” 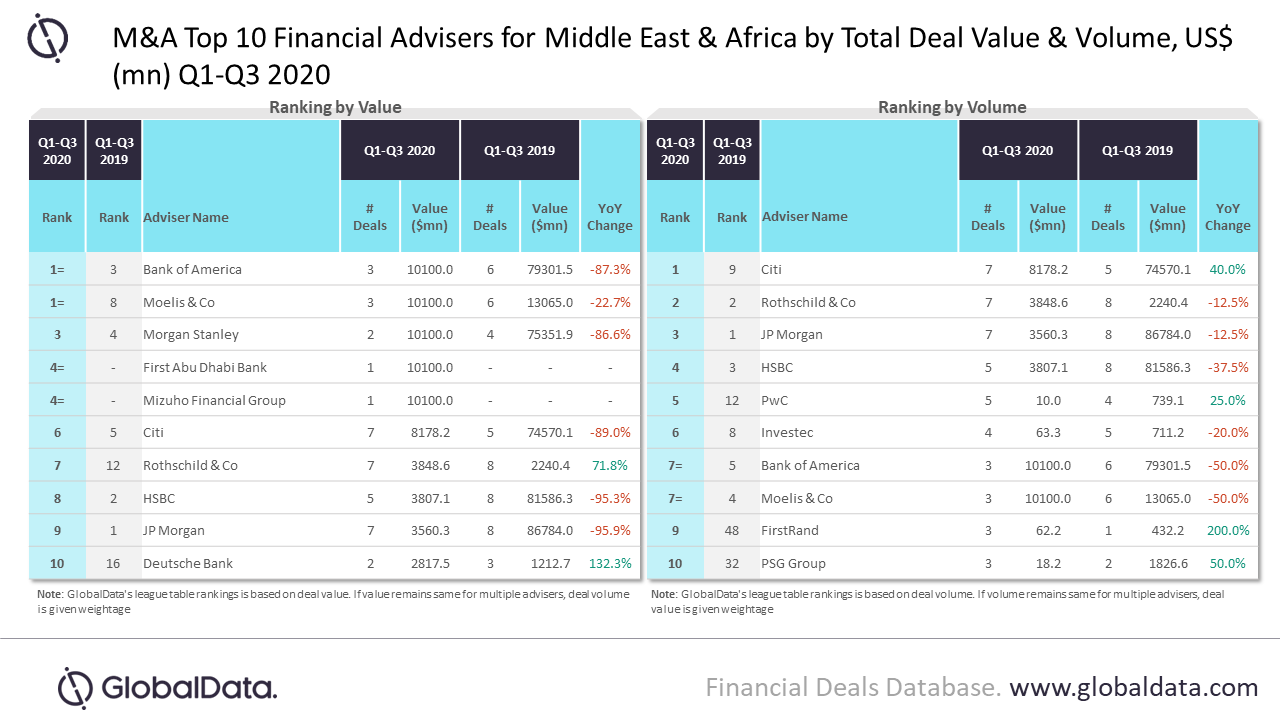 In terms of value, Morgan Stanley occupied the third position with two deals worth $10.1bn, followed by First Abu Dhabi Bank and Mizuho Financial Group with a single deal each worth $10.1bn.