Colombia led globally with seven oil and gas discoveries in the second quarter (Q2) of 2019, followed by India, Russia and Pakistan with three each, according to GlobalData, a leading data and analytics company.

Arpan Roychowdhury, Oil & Gas Analyst at GlobalData, comments: “Gran Tierra Energy is the operator with the highest number of discoveries in Colombia in Q2 2019 with three, followed by Canacol Energy Ltd, Arrow Exploration Corp, Ecopetrol and Parex Resources Inc. with one discovery each in the country.” 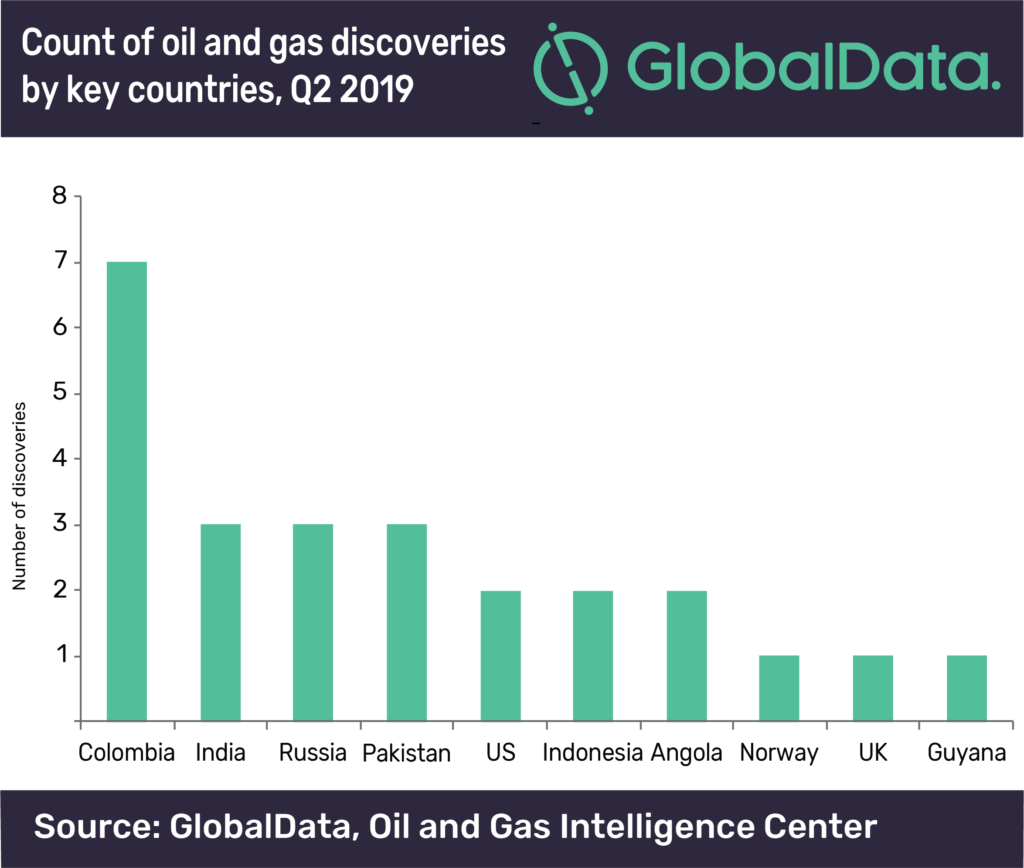 India, Russia and Pakistan had a total of three discoveries each in Q2 2019. All the discoveries in India are conventional gas discoveries; two of these are in onshore terrain while one is in shallow water. Oil and Natural Gas Corporation is the operator for all the discoveries.