Colombia’s defense and security spending is set to reach US$12bn by 2025 as the country plans to maintain its core combat capabilities in response to the fragmented commands of insurgent groups, which have resulted in an ineffective enforcement of the peace, according to GlobalData, a leading data and analytics company.

GlobalData’s latest report, ‘The Colombian Defense Market – Attractiveness, Competitive Landscape and Forecasts to 2025’ states that a large part of the planned funding is anticipated to be allocated to defense modernization, which is anticipated to spur defense spending at a compound annual growth rate (CAGR) of 4.58%. 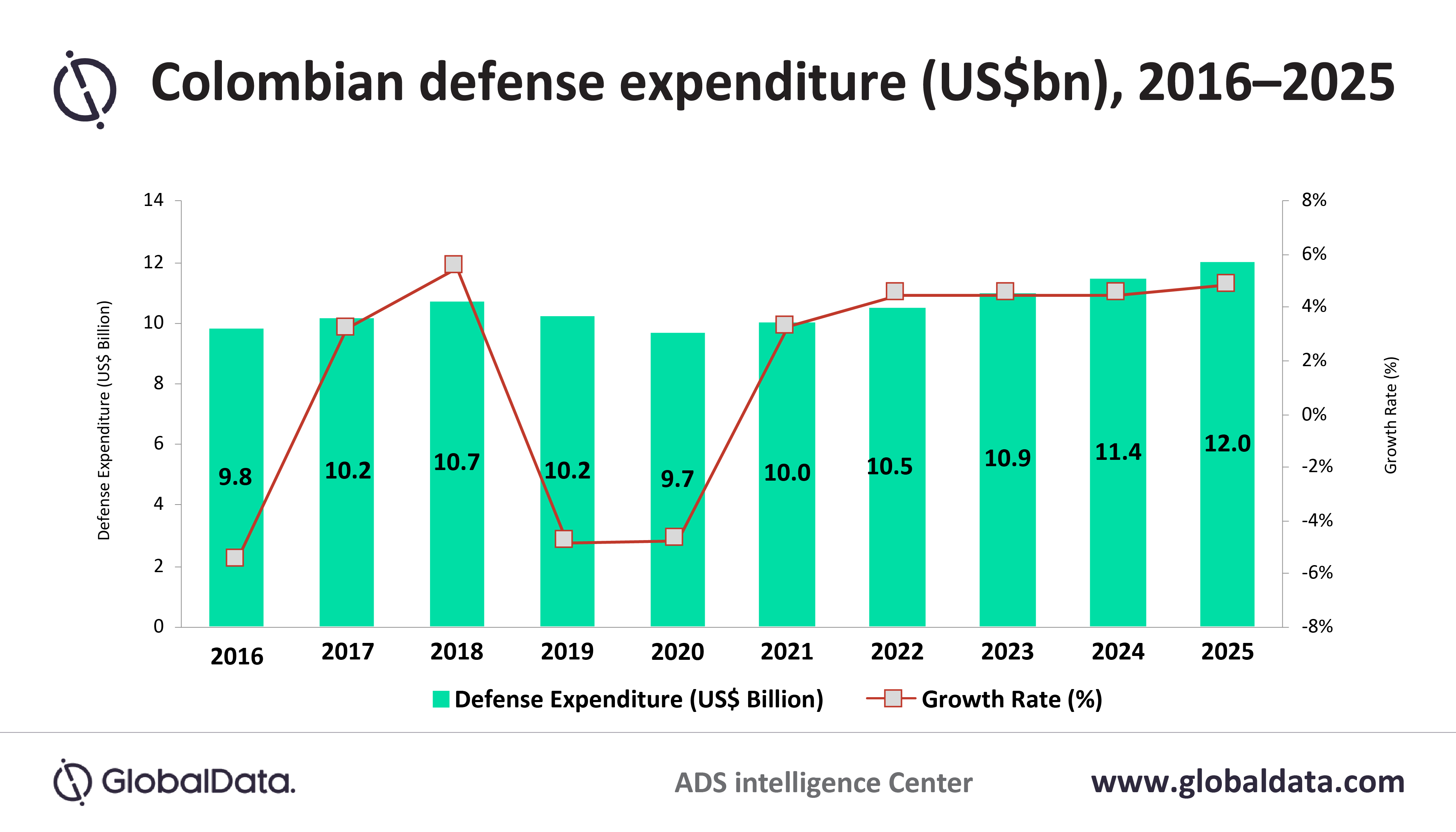 Abhijit Apsingikar, Aerospace & Defense Analyst at GlobalData, comments: “Colombia’s defense and security spending has been traditionally driven by the need to curtail the influence of left-wing insurgent groups such as the ELN and FARC. However, with persistent reports of former rebels increasingly taking up arms again and resorting to drug trafficking, it is only prudent on behalf of Colombia’s military to invest in the retention of combat capability.”

Although the country’s 2021 proposal elicits the government plan to increase spending by 13.4% to a value of around U$84.39bn (COP314 trillion), Colombia’s defense & security spending, excluding US aid, is anticipated to remain relatively modest at approximately US$10bn, which is marginally higher than US$9.7bn recorded in 2020. Amid the COVID-19 crisis, rescuing the country’s healthcare infrastructure takes precedence and the Colombian Government has already decreed to reassign up to US$26.9m (COP100bn) from the defense and security budget to the healthcare budget.

Abhijit adds: “There are several high priority programs that Colombia can be expected to take up soon. The FAC have aging KIFR fighters that are in dire need of replacement, the EC has relegated its M3 Stuart tanks to gate keeping duties and a new MBT is essential along with its plan to modernize artillery. It is expected the EC will focus on the induction of the Joya SAA-1 wheeled SPH, while the Navy will seek to upgrade its vessels as its frigates and corvettes reach end of service life.”