GlobalData’s Construction Confidence Index (CCI), a barometer of confidence in the global construction industry with regards to growth prospects over the short-term horizon, fell to 63.9 points in Q2 2019, down from 64.8 in Q1 2019. This marks the ninth consecutive decline in the CCI score, with the Q2 2019 figure being the lowest CCI score since Q4 2016.

Despite the decline, the CCI score remains comfortably above the 50-point mark, suggesting that industry executives still remain optimistic about growth prospects in the coming six months. 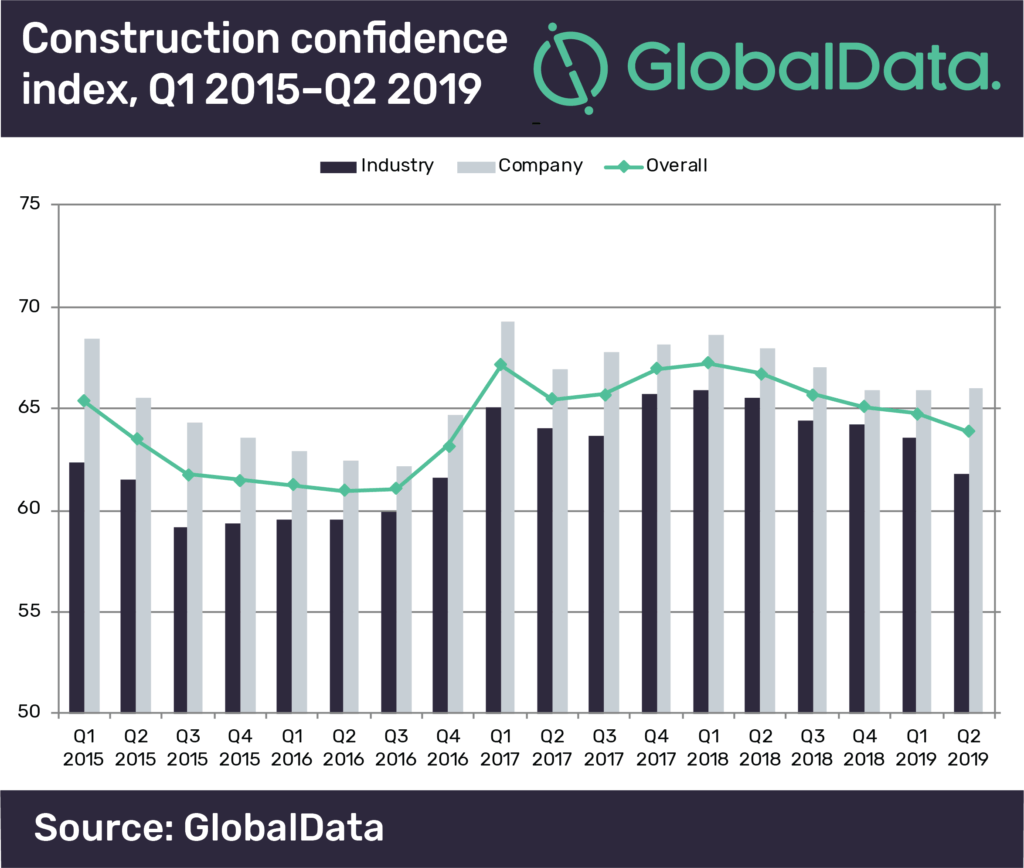 The Economic Impact Index (EII) at the global level picked up marginally in Q2 2019, improving to 53.8 points from 52.6 in Q1 2019. The index has remained above the 50-point mark since Q1 2017; scores above 50 signify that respondents overall believe the global economy continues to have an overall favorable impact.

The EII score for North America has continued to improve, reaching 58.9 points in Q2 2019, up from 58.1 in Q1 2019. Economic growth in the region remains solid, but in the US this has in part been driven up stockpiling as firms have reacted to the threats posed by the trade war with China. The EII score for Latin America remains the lowest among the global regions, but it edged upwards in Q2 2019 to reach the highest level since Q3 2017, at 40.2 points. The index remains far below 50, suggesting an unfavorable impact, with major economic and political challenges persisting throughout the region.

Danny Richards, Lead Economist at GlobalData, comments: “Amid the general slowdown in economic growth, the EII score for Western Europe has continued to fall in recent quarters. However, on balance, the region’s economic performance is still considered to be having a positive impact on the construction industry. It is a similar case in Eastern Europe, where the EII score has declined, but is still above the 50-point mark.” 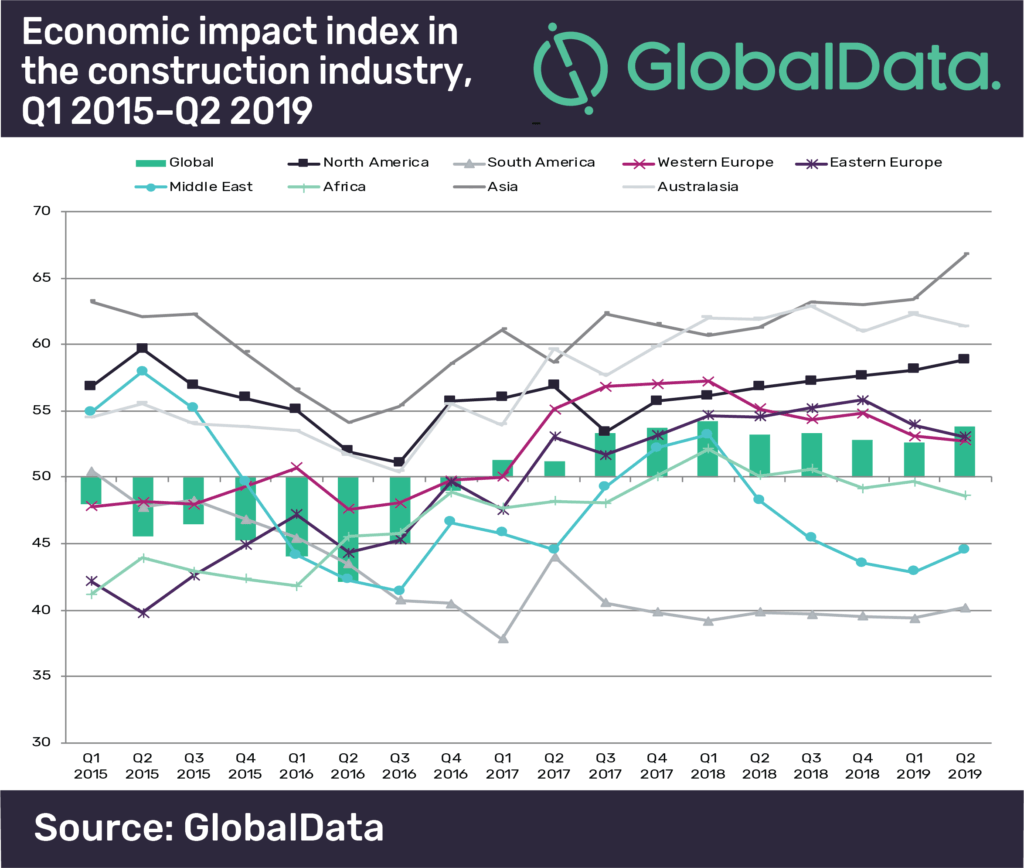 The Middle East recorded a steep drop in the EII score during the latter part of 2018 and into Q1 2019, which is likely to have reflected the fall in oil prices. However, there was a slight improvement in Q2 2019, with the score rising to 44.5, mirroring the rebound in the oil market. The EII in the Africa region has remained marginally below the 50-point market for the third consecutive quarter, and dropped back to 48.6 points in Q2 2019.

Asia continues to post the highest EII score among the global regions, and there was a sharp improvement in Q2 2019, to 66.8 points. The region continues to benefit from high investment, increasing urbanization, and relative political stability. The EII for Australasia has remained relatively high in recent quarters, although there has been some minor volatility. In Q2 2019 the region’s EII stood at 61.4, which was down marginally from the previous quarter’s score of 62.3. Australia’s economy has underperformed in recent quarters, and the Reserve Bank of Australia has revised downwards it economic growth forecasts.