ConocoPhillips asset acquisition set to make Chrysaor the leader in UK oil and gas production, with over 180,000 boed forecast in 2019

24 Apr 2019
ConocoPhillips asset acquisition set to make Chrysaor the leader in UK oil and gas production, with over 180,000 boed forecast in 2019

Following the recent news that ConocoPhillips is to sell its remaining UK upstream assets to Chrysaor Holdings for US$2.675bn, Daniel Rogers, Upstream Oil & Gas Analyst at GlobalData, a leading data and analytics company, estimates that Chrysaor will become a leader in UK oil and gas production and offers his insight on the transaction:

“The deal signifies Chrysaor’s ambition to become a major player in the UK oil and gas space, advancing on a failed attempt by Ineos AG to acquire the ConocoPhillips assets late last year when talks eventually fell through. The deal will make Chrysaor the largest producer in the UK in 2019; producing over 180,000 barrels of oil equivalent per day (boed), only marginally ahead of French supermajor Total SA and leapfrogging supermajors BP Plc and Royal Dutch Shell, according to GlobalData. 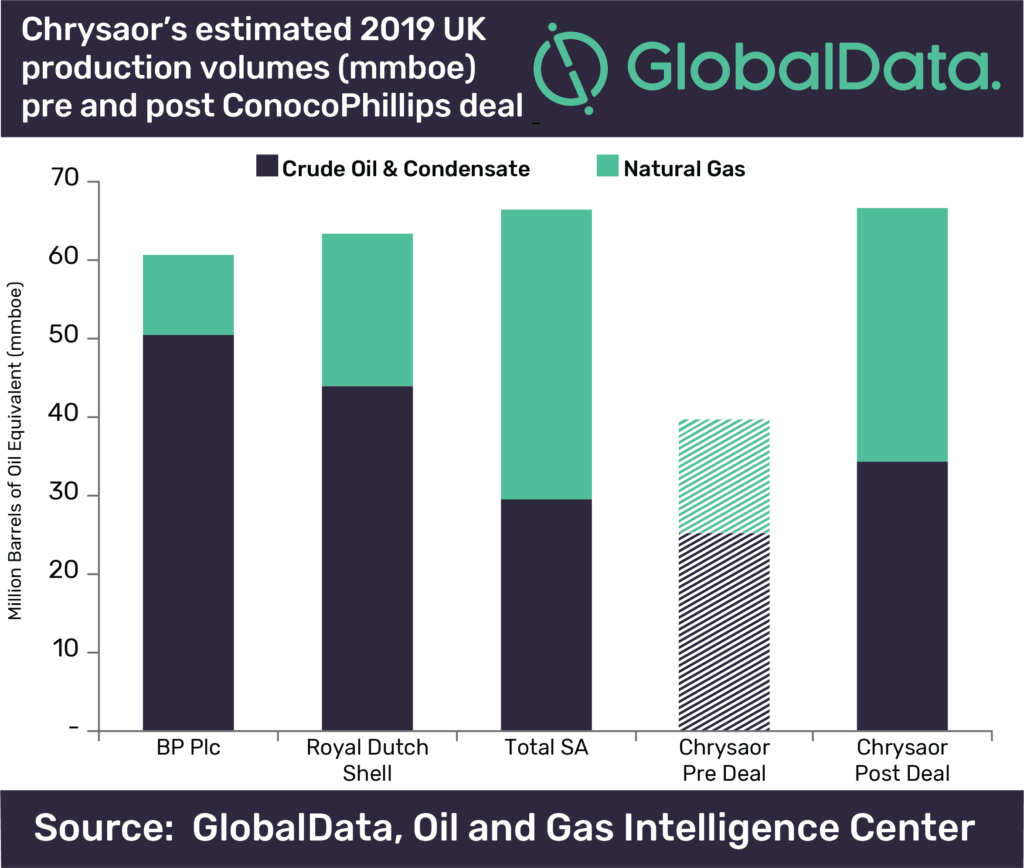 “Chrysaor will be picking up valuable producing assets such as Clair, Brodgar and Britannia, but the lack of planned or announced projects in the region suggest that new investment will be focused on redeveloping existing assets. Value is likely to be added by increasing recovery from the mature ‘J-Area’, in which Conoco undertook a development drilling campaign last year. The acquisition also helps Chrysaor balance its portfolio from dominantly oil, to a roughly equal split of oil and gas reserves.