Continental Resources’ decision to acquire Pioneer Natural Resources’ Delaware Basin assets will raise the company’s production by around 58,000 barrels of oil equivalent a day (boed) to reach 390,000 in 2022, according to GlobalData, which notes that this is in comparison to the prediction of 335,000boed the company was expected to produce if the acquisition had not taken place. The leading data and analytics company notes that the deal is set to be the fourth largest merger and acquisition (M&A) deal in 2021. 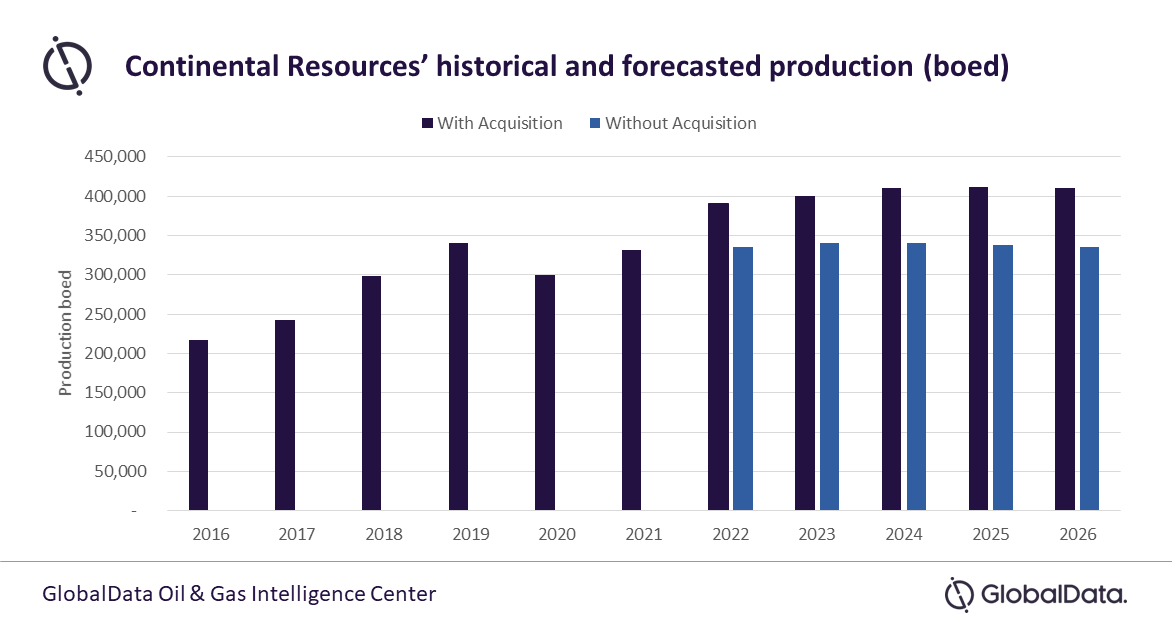 Justin Allen, Upstream Analyst at GlobalData, comments: “The Permian basin in which the Delaware Basin sits has huge untapped potential and will allow Continental Resources to not only increase its production but optimize density development, wellbore placement and operational efficiency. It will also provide opportunity for further exploration to other parts of the basin. The company’s production was forecast to be rather flat, but its acquisitions have paved the way for positive production growth.”

Since 2016, Continental Resources has reduced its greenhouse gas (GHG) and methane emission intensities by 40% and 59%, respectively. However, the acquisitions may rise this temporarily.

Allen adds: “The acquisitions of the Powder River and Delaware assets will likely see increases in Continental Resources’ methane and GHG emissions in 2022, as it will take time to work the operations of the newly acquired sites into its own workflow and emissions reduction processes.”