Mobile wallet usage is on the rise in the Asia-Pacific (APAC) region, a trend that is prevalent in Hong Kong as well. The COVID-19 pandemic has accelerated mobile wallet adoption as consumers are increasingly displacing cash with electronic payments, according to GlobalData, a leading data and analytics company.

According to the latest GlobalData’s 2021 Financial Services Consumer Survey*, Hong Kong ranks fourth globally in terms of mobile wallet adoption with 86.6% survey respondents indicating that they had a mobile wallet and used in a shop in the past 12 months. 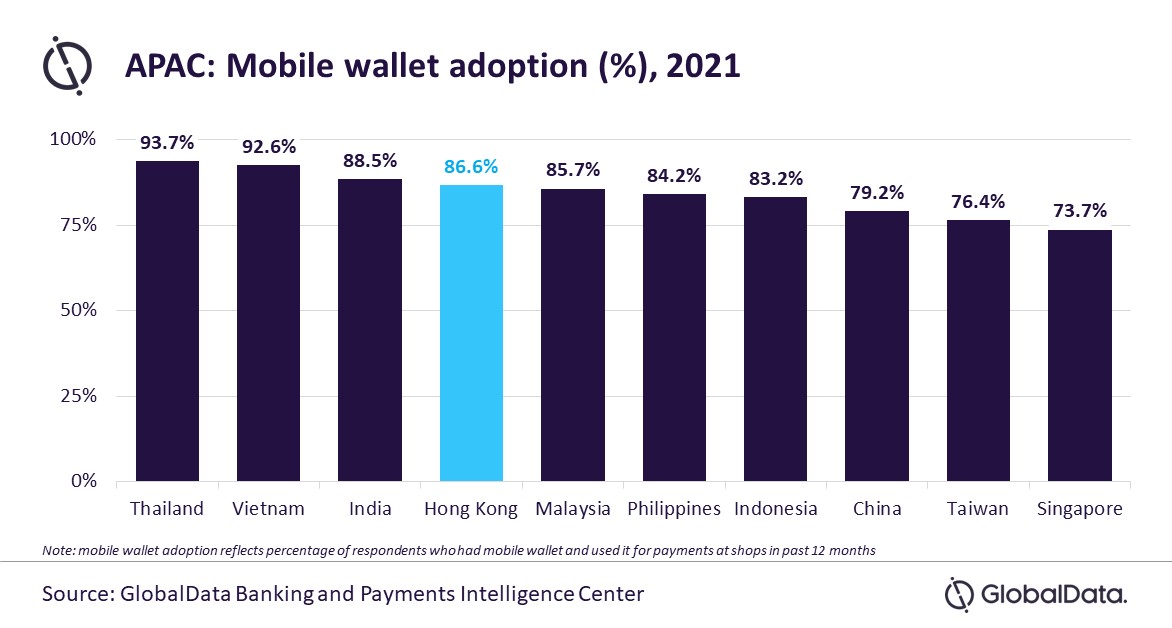 The high adoption of QR code-based payments among merchants has been the major driver for mobile wallet adoption. While consumers benefit from the convenience and pricing benefits such as cashback and discounts, it is the ‘cost-effectiveness’ that appeals to the merchants.

With mobile wallet usage on rise, banks, and payment service providers (PSPs) are all gearing up to get a piece of the mobile wallet pie. According to GlobalData’s 2021 Financial Services Consumer Survey*, AlipayHK and PayPal are the most preferred mobile wallet brands with over 48% of the respondents using these more often to pay in stores. These are followed by other well-known brands including Apple Pay, Google Pay, WeChat Pay and Samsung Pay.