COVID-19 is threatening value of Premier League’s media rights ahead of next three-year cycle due to begin in 2022, says GlobalData

30 Nov 2020
COVID-19 is threatening value of Premier League’s media rights ahead of next three-year cycle due to begin in 2022, says GlobalData

The deflationary impact of COVID-19 on sports rights is posing a significant threat to the value of the Premier League’s media rights, ahead of its selling process for the next three-year cycle of TV rights due to run from 2022–25, with an overall drop in value a real possibility, according to GlobalData, a leading data and analytics company.

However, in September, the Premier League was forced to terminate its record overseas media rights deal with Chinese broadcaster PPTV, worth £523m, following an unpaid £160m instalment for the 19/20 season as a result of the pandemic. This reflects the situation between Ligue 1 and Mediapro in France, something that is likely to become more commonplace across the sports rights market as the downstream effects of the pandemic become more evident. The replacement deal for the Chinese market with Tencent, understood to be worth just £25m per year, represents an 85% drop in value on PPTV’s deal. 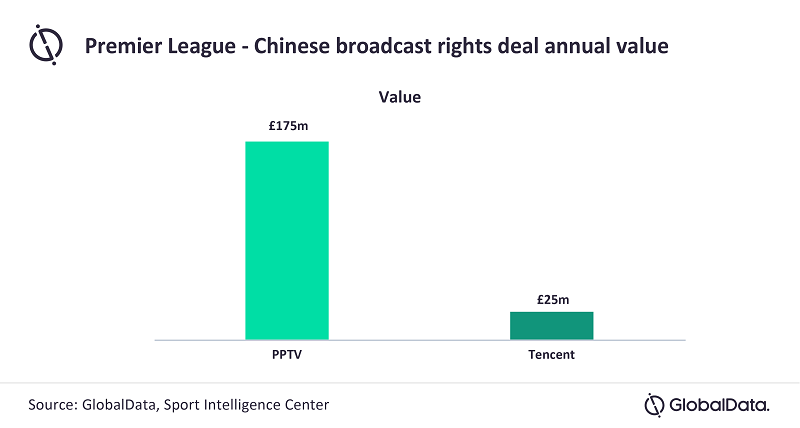 Liam Fox, Sports Analyst at GlobalData, comments: “It has been one of the most glaring examples of the deflationary impact of COVID-19 on the value of TV rights, and with the Premier League preparing for the upcoming selling process of its next three-year rights cycle, the hope that international broadcasters would be able to prevent the decline in value of domestic broadcast rights has taken a hit.”