Czechia is experiencing a spike in daily confirmed cases of COVID-19, indicating the onset of a second wave. However, despite the increase in new cases, the case fatality rate has continued to decrease as a result of higher testing capacity, social distancing and health services adaptation compared to the beginning of the outbreak, says GlobalData, a leading data and analytics company. 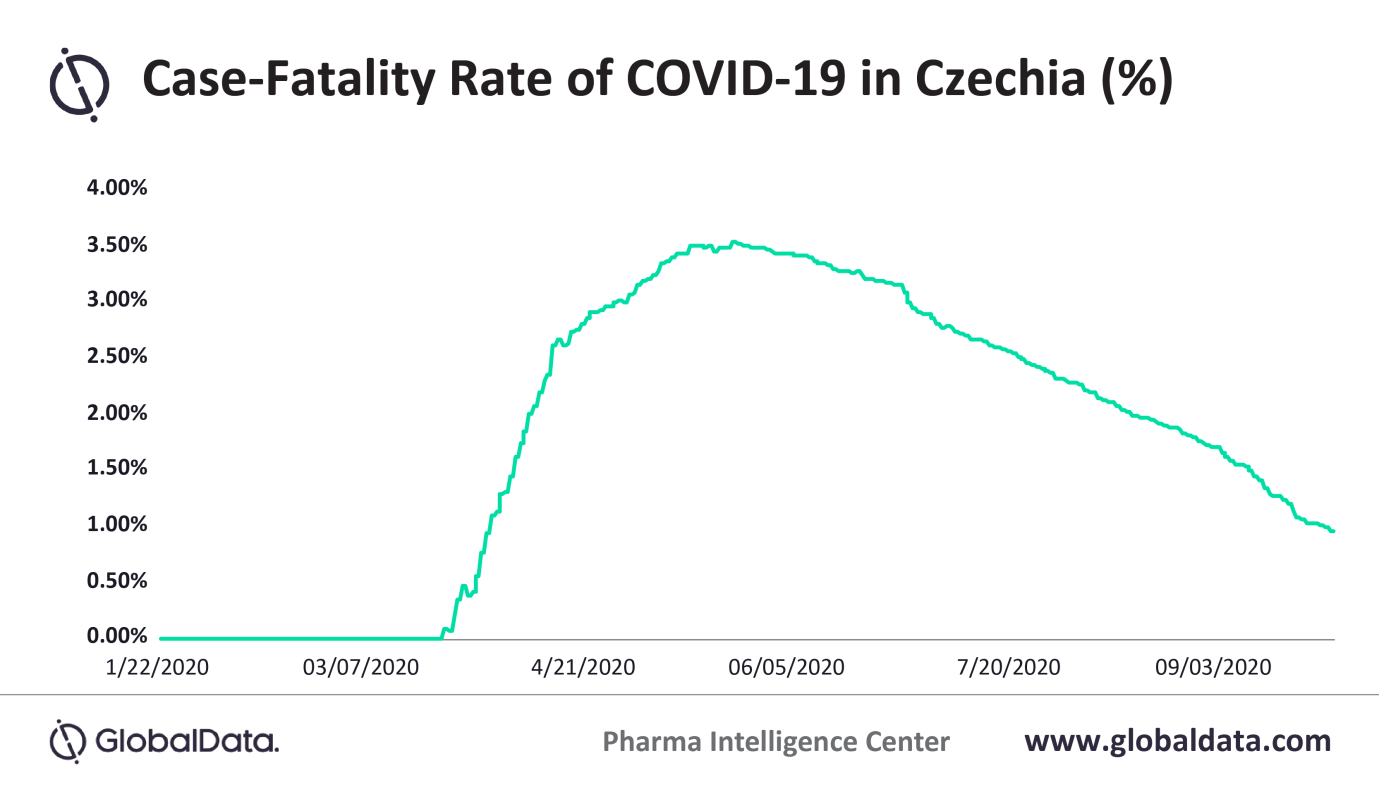 Bahram Hassanpourfard, MPH, Epidemiologist at GlobalData, comments: “Despite the increase in cases, the case fatality rate dropped to about 1% in September from over 3.5% in June, according to GlobalData’s Pharma Intelligence Center. The country’s number of deaths per million population and hospitalizations were among the lowest in Europe.

“Widespread testing and a significant increase in daily testing capacity have caused positive test rates to decline. This may have contributed toward a lower case fatality rate as a higher number of infected individuals would be identified and isolated – thus providing better protection to vulnerable individuals. Additionally, identifying new cases earlier contributes to improved patient outcomes.”

Healthcare providers are better prepared compared to the beginning of the outbreak, in terms of resource availability and allocations. Czechia has a high number of hospital beds, allowing for proper isolation and treatment of infected patients.

Hassanpourfard concludes: “There will continue to be a decline in the case fatality rate over the next month, though this trend may be temporary if the healthcare system becomes overburdened.”