Dangote Industries is expected to deploy four planned plants by 2030, the highest among all the operators globally, according to GlobalData, a leading data and analytics company.

The company’s report, ‘Global Ammonia Capacity and Capital Expenditure Outlook, 2019 – Asia and the Middle East to Lead Globally in Terms of Ammonia Capacity Additions’ reveals that globally, 103 planned and announced plants are expected to start operations between 2019 and 2030. Of these, 61 are planned ammonia plants and 61 are announced plants.

Dayanand Kharade, Oil and Gas Analyst at GlobalData, comments: “Domestic producers in Africa are set to have large capacity additions, primarily targeting the region’s increasing fertilizer demand and reducing the dependence on imports.” 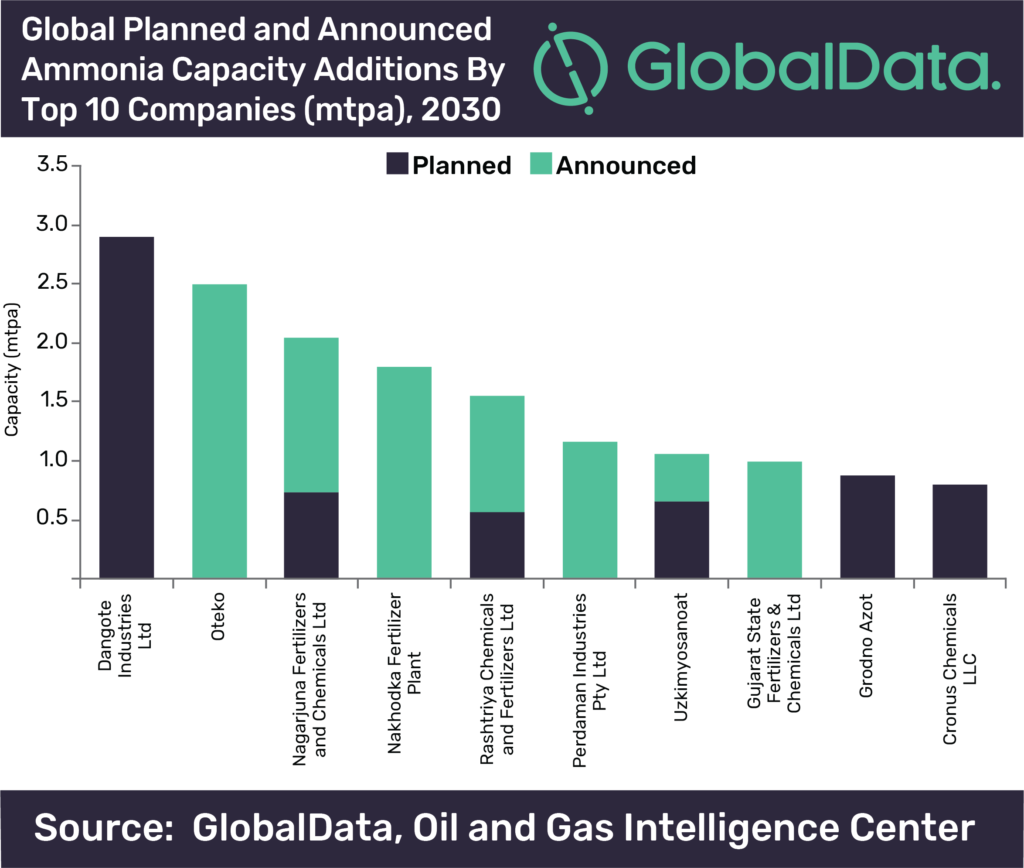 GlobalData identifies Oteko as the second highest capacity contributor among the global companies in terms of capacity additions from planned and announced ammonia plants by 2030. The entire capacity addition will be from an announced plant, Oteko Krasnodar Ammonia Plant, which is expected to start operations by 2030 with a capacity of 2.50 mtpa.

After Oteko, Nagarjuna Fertilizers and Chemicals Ltd stands third, contributing a capacity of 2.05 mtpa from one planned plant and two announced plants by 2030.