Deal activity in Asia-Pacific up by 2.8% in August, finds GlobalData

A total of 2,094 deals were announced in the Asia-Pacific (APAC) region during August 2020, which is an increase of 2.8% over 2,037 deals announced during the previous month, according to GlobalData, a leading data and analytics company.

An analysis of GlobalData’s Financial Deals Database reveals that the deal volume during the month remained above July as well as the first quarter (Q1) and second quarter (Q2) monthly average levels.

Aurojyoti Bose, Lead Analyst at GlobalData, comments: “Though deal activity grew during August, it was at a slower pace when compared to 23.2% growth registered during the previous month. This could be attributed to escalating US-China tensions and uncertain business environment affecting the deal making sentiments.” 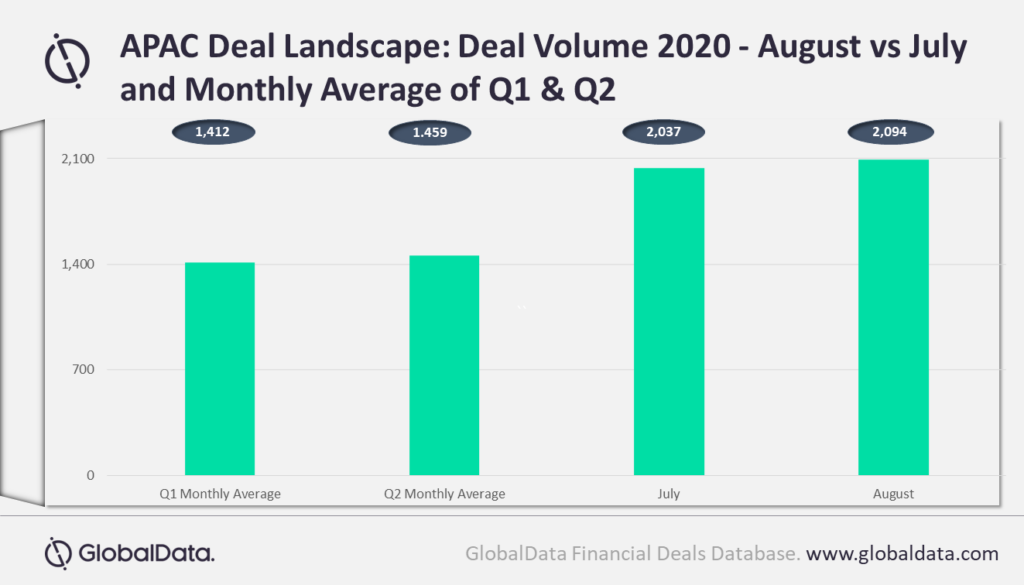