A total of 4,064 deals were announced globally during January 2021, which is a decrease of 24.8% over 5,401 deals announced during the previous month, according to GlobalData, a leading data and analytics company.

An analysis of GlobalData’s Financial Deals Database revealed that the deal volume during the month remained below the monthly average of all four quarters of 2020.

Aurojyoti Bose, Lead Analyst at GlobalData, comments: “Global deal activity showcased solid rebound during the initial months of H2 2020. However, the momentum could not be sustained in the remaining quarters with the new virus strain triggering a new wave of lockdowns, which enhanced market volatility and further dented deal-making sentiments. January’s decline is the fourth consecutive month of decline in deal activity.” 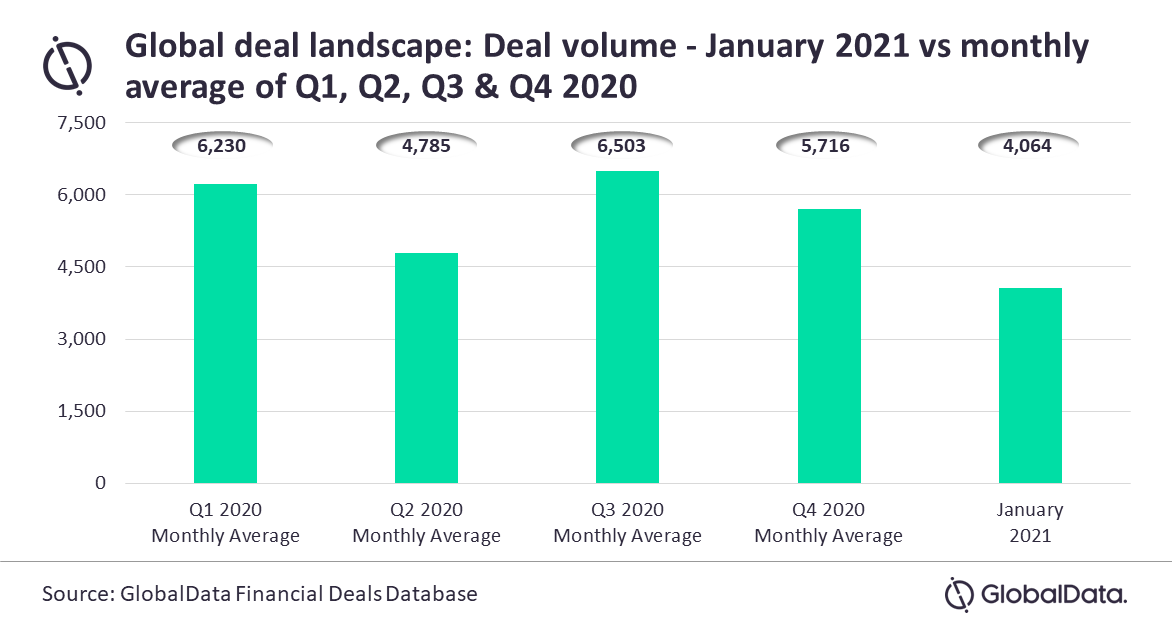 North America remained the preferred deal-making destination, accounting for more than 50% of the number of deals announced during January 2021, followed by Europe, Asia-Pacific, the Middle East and Africa, and South and Central America. While North America was the preferred region, it witnessed a decrease in deal volume by 4.9% from 2,298 in December 2020 to 2,185 in January 2021. All the other regions also witnessed a decline in deal activity.