The global mergers and acquisition (M&A) deal volume continued to decline during the fourth quarter (Q4) of 2020. However, there is a light at the end of the tunnel as the decline started moderating in December, according to GlobalData, a leading data and analytics company.

The number of M&A deals that were announced globally decreased by 7.9% from 2,927 in October to 2,695 in November. However, the pace of decline slowed thereafter, and the M&A deal volume shrank by only 2.6% to 2,624 deals in December.

Aurojyoti Bose, Lead Analyst at GlobalData, comments: “While the COVID-19 outbreak continued to affect the overall deal-making sentiment across all the regions, the rebound in M&A deal volume in North America during December appears to have moderated the decline.”

North America managed to grab the highest number of investments, accounting for 42.5% of global deal volume in Q4 2020, respectively. The M&A deals volume in the North America region decreased from 1,216 in October to 1,110 in November before increasing to 1,179 in December. 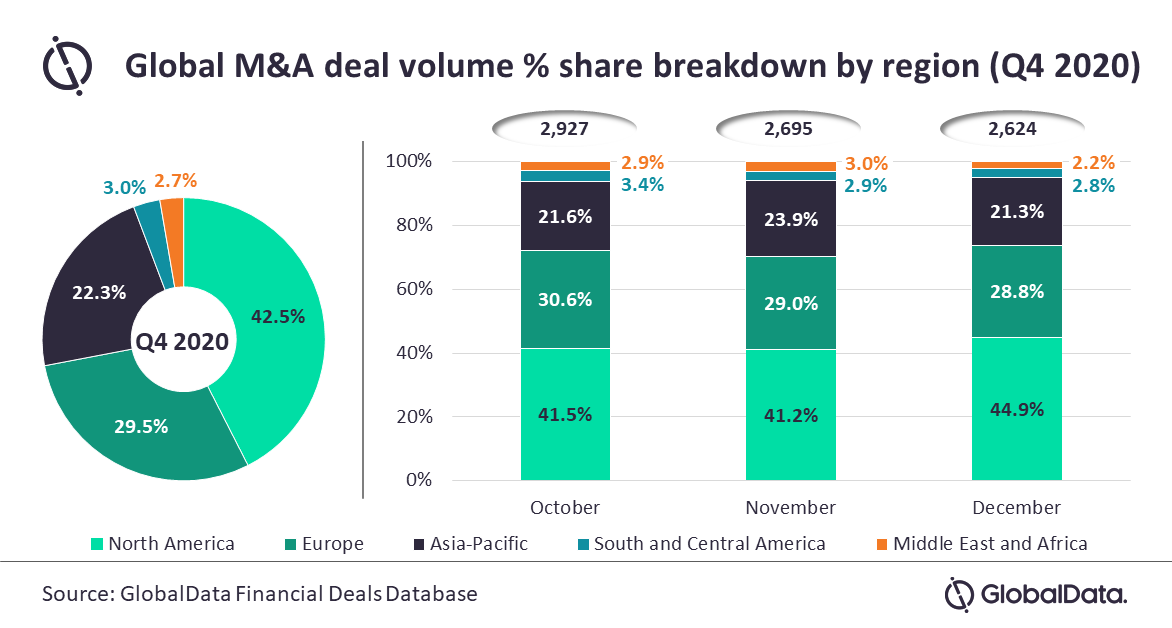 North America is followed by Europe, APAC, South and Central America, and Middle East and Africa regions, which accounted for 29.5%, 22.3%, 3.0% and 2.7% share of the global M&A deal volume during Q4, respectively.