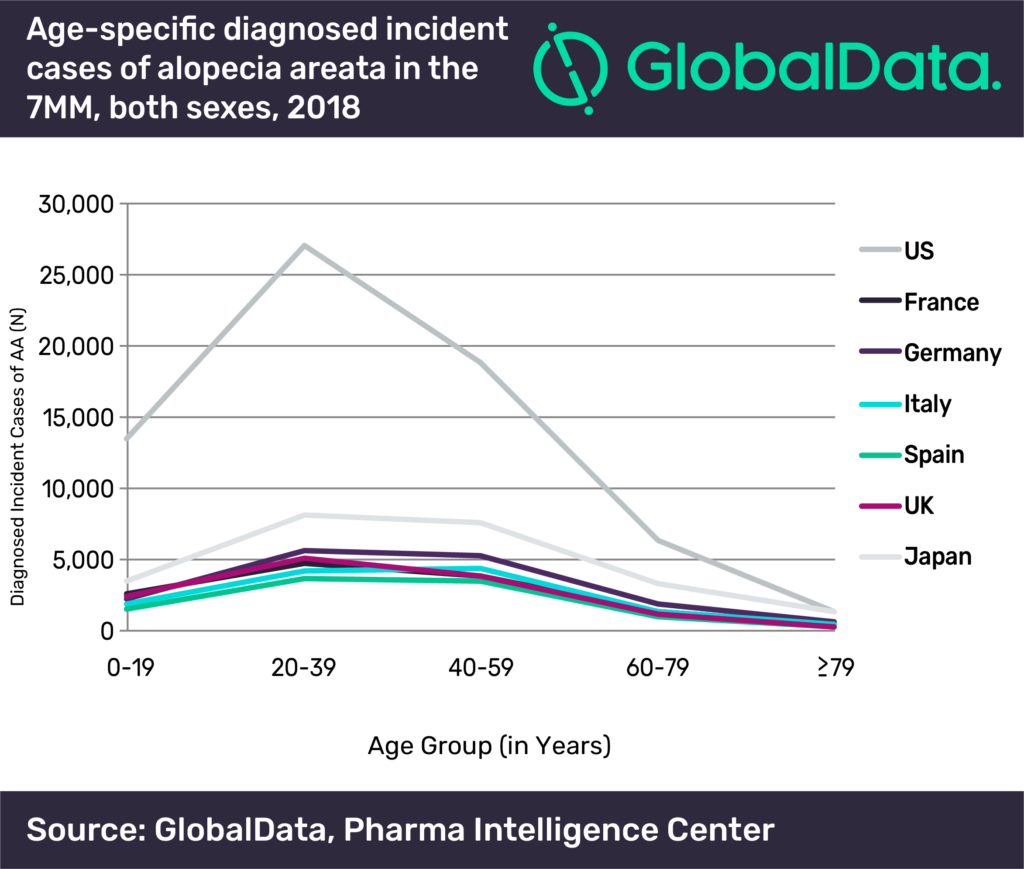 The high number of cases of AA in the young adult population is partly attributable to the age of onset, combined with the changing population demographics in the next ten years as well as exposure to risk factors such as positive family history, history of atopic diseases, and autoimmune diseases.

Shilpa Shaji, Epidemiologist at GlobalData, explains: “AA has historically been more prevalent in the young population with a peak of incidence occurring in the ages twenties and thirties even though people at any age can be affected. This trend will continue to occur in the next ten years in the young population.”

AA is a common, clinically heterogeneous, immune-mediated and a non-scarring hair loss disorder that is characterized by round or oval patches of hair loss. The clinical behaviour of this disease is largely unpredictable and the pathogenesis is not completely clear.

Shilpa concludes: “Despite many treatment options being available, the success rates vary depending on the extent and duration of the condition and response rates to treatments are significantly low in severe forms of AA.”