Diagnosed incident cases of brain cancer to reach 147,000 by 2030 across 8MM, forecasts GlobalData

The diagnosed incident cases of brain cancer across the eight major markets (*8MM) are projected to increase from 121,000 cases in 2020 to 147,000 in 2030, equating to an annual growth rate (AGR) of 2.10%, forecasts GlobalData, a leading data and analytics company.

GlobalData’s latest report, ‘Brain Cancer – Epidemiology Forecast to 2030’, reveals that in 2030, urban China will have the highest number of diagnosed incident cases of brain cancer among the 8MM at 77,000, whereas Spain with nearly 5,000 cases will have the lowest number of these cases. 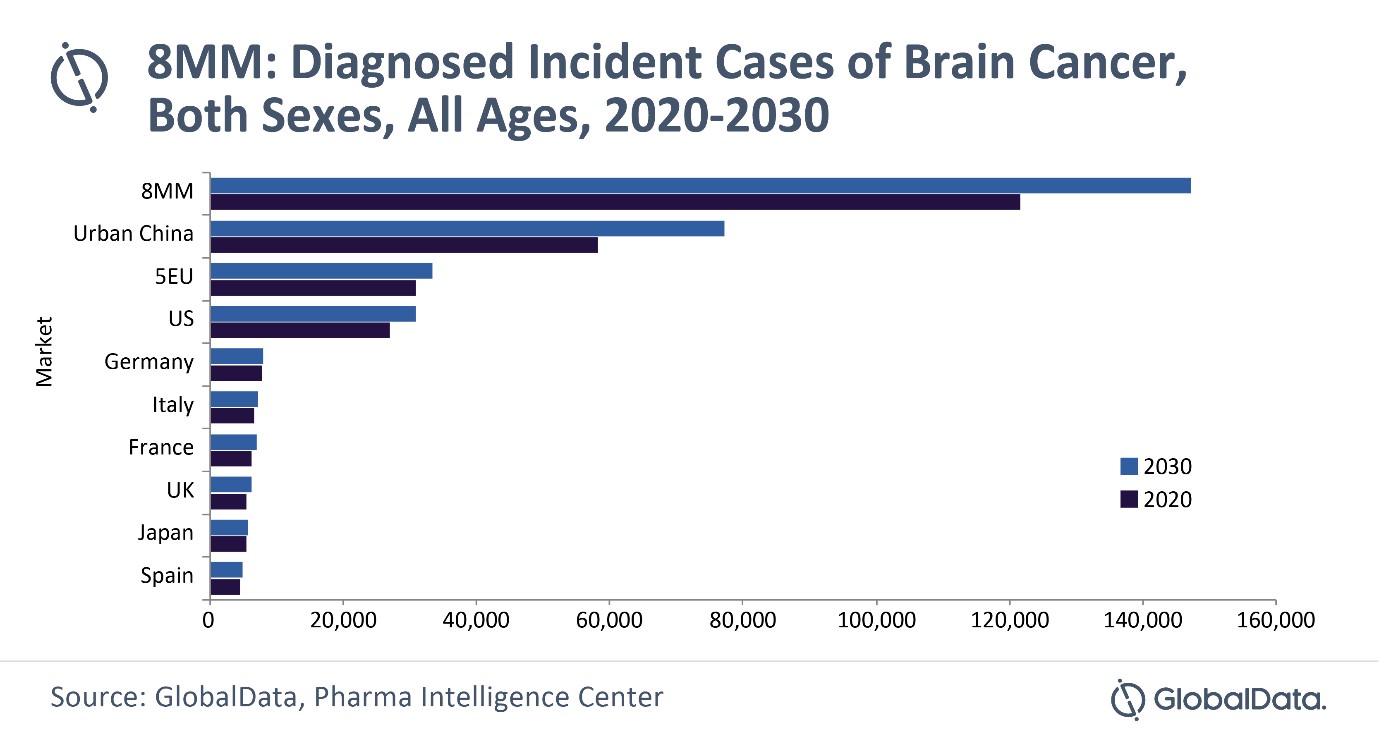 Bharti Prabhakar, MPH, Associate Project Manager at GlobalData, comments: “Brain cancer is a very severe and often highly debilitating disease. Although the disease is not as common as many other cancer types, and some forms of brain cancer are considered rare by some standards, the disease has been well-documented and discussed over the past decade. The incidence rates for brain cancer have remained largely unchanged over the previous decade, based on the historical data analyzed by GlobalData epidemiologists.