The diagnosed incident cases of chronic myeloid leukemia (CML) across the eight major markets (*8MM) are projected to increase from 15,500 cases in 2020 to 17,500 in 2030, equating to an annual growth rate (AGR) of 1.32%, forecasts GlobalData, a leading data and analytics company.

GlobalData’s latest report, ‘Chronic Myeloid Leukemia: Epidemiology Forecast to 2030’, reveals that in 2030, the US will have the highest number of diagnosed incident cases of chronic myeloid leukemia among the 8MM at 8,900, whereas Canada with nearly 1,000 cases will have the lowest number of these cases. 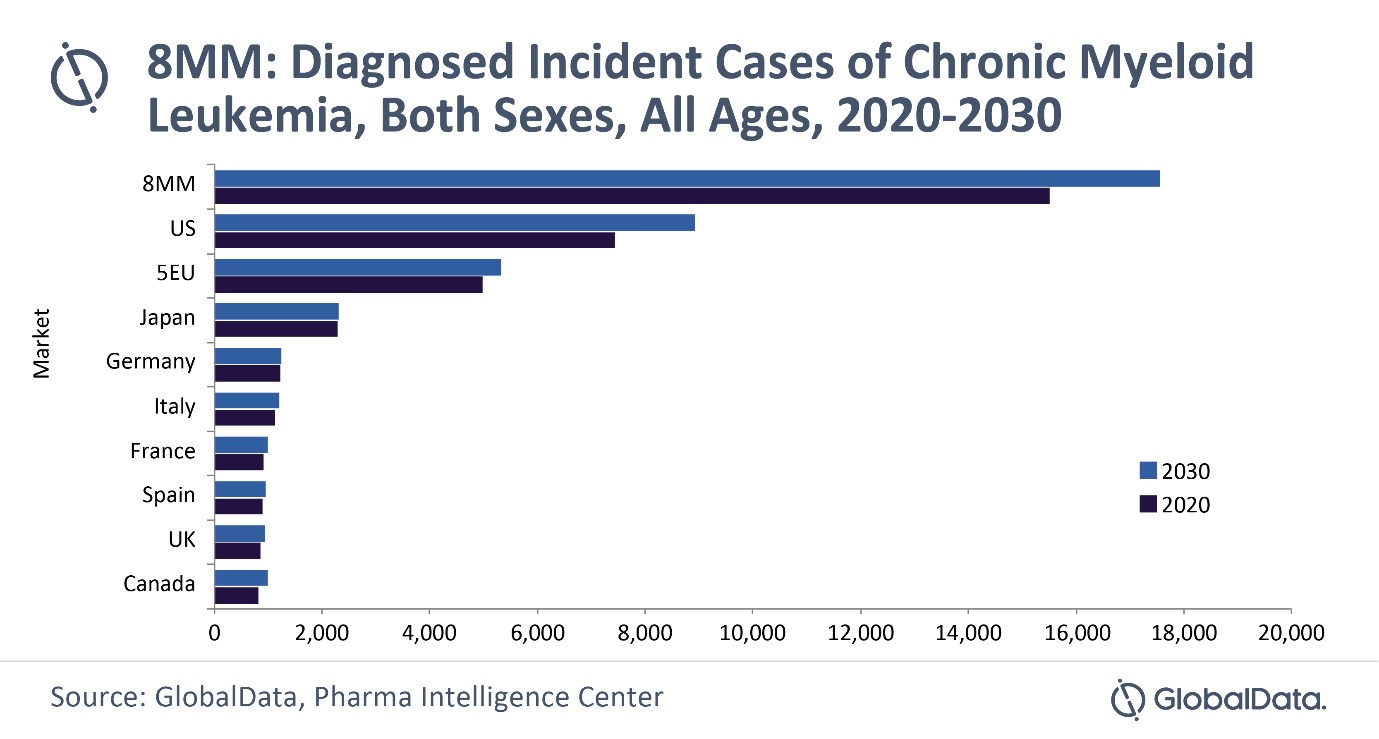 Bharti Prabhakar, MPH, Associate Project Manager at GlobalData, comments: “CML is a rare cancer of the white blood cells, with a low incidence and relatively high survival rates following the introduction of tyrosine kinase inhibitor (TKI) therapies in 2001. The incidence of CML has remained relatively unchanged in the past four decades. Hence, GlobalData expects the stable trend in the incidence to continue throughout the forecast period.

“However, as the risk factors for the disease are largely unknown, it is difficult to predict what factors will drive an epidemiological forecast. As CML continues to become a more prevalent disease because of improved survival, the risk factors associated with the disease onset may become clearer.”