Diagnosed prevalent cases of hemophilia A and B in China to increase by 2.51% by 2030, forecasts GlobalData

The diagnosed prevalent cases of hemophilia A and hemophilia B in China are expected to increase at an AGR of 2.51% between 2020­ and 2030, forecasts GlobalData, a leading data and analytics company. 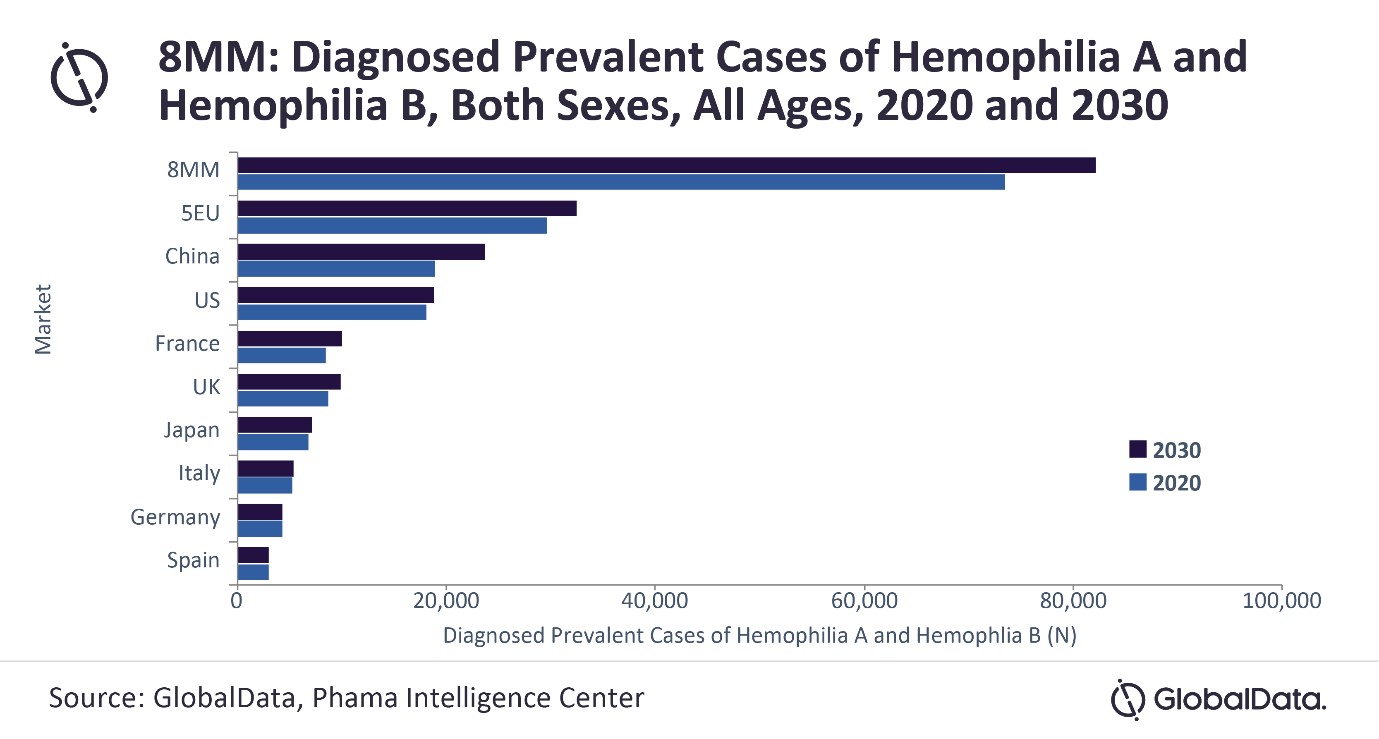 Rahul N Ravi, Epidemiologist at GlobalData, comments: “Hemophilia is a rare, genetic, potentially life-threatening bleeding disorder. It is estimated that about 1 in 10,000 people are born with hemophilia A and about 1 in 50,000 people are born with hemophilia B. The introduction of universal guidelines for the screening and handling of blood and blood products has greatly reduced the number of hemophiliacs being newly infected with transfusion-transmitted infections like HIV and HCV. Both HIV and HCV are expected to impose a considerable burden as both diseases are expected to remain prevalent in the hemophiliac population in all the markets.”