Diagnosed prevalent cases of hepatitis C in the UK will drop below 3,000 by 2026, after landmark NHS deal, says GlobalData

30 Apr 2019
Diagnosed prevalent cases of hepatitis C in the UK will drop below 3,000 by 2026, after landmark NHS deal, says GlobalData

Following today’s announcement (30th April) that NHS England’s partnership with Gilead, Merck and AbbVie is expected eliminate hepatitis C in the UK in the next decade;
James Mather, Senior Pharma Analyst at GlobalData, a leading data and analytics company, offers his view on this landmark partnership:

“The approach planned by NHS England, along access to direct-acting antivirals (DAAs) from the partnered companies, is to target currently undiagnosed and undertreated populations, including the homeless and mentally ill. This targeted approach will lead to a rapid increase in diagnosis rate amongst these populations, coupled with the high cure rate of DAAs, will cause the hepatitis C prevalence to drop significantly to approximately 2,750 in the UK, by 2026.” 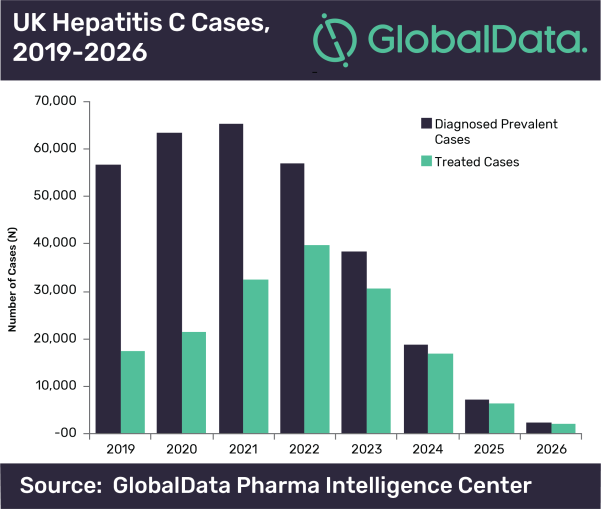 “The procurement approach of NHS England has allowed it to negotiate low prices with Gilead, Merck and AbbVie for five hepatitis C therapies. As we approach the WHO’s target for the elimination of hepatitis C by 2030, GlobalData expects that more deals will be struck between these three companies and public health bodies globally. Gilead has already secured a first of its kind subscription based deal to supply Louisiana’s Department of Health, and other US health departments are now seeking similar partnerships.“