Diagnosed prevalent cases of Sjögren’s Syndrome to reach 1.8 million by 2029 in the 7MM

The number of diagnosed prevalent cases of Sjögren’s Syndrome (SS) in the seven major markets (7MM*) is projected to increase from 1.63 million in 2019 to 1.75 million in 2029, with a compound annual growth rate (CAGR) of 0.75%, according to GlobalData, a leading data and analytics company.

GlobalData’s latest report, ‘Sjögren’s Syndrome: Epidemiology Forecast to 2029’ estimates that, in 2029, the UK will have the highest number of diagnosed prevalent cases of SS across the 7MM with over 890,000 cases- whereas France will have the lowest number with around 10,000 cases. In the *5EU, GlobalData estimates there to be 1.2 million diagnosed prevalent cases of SS in 2029. 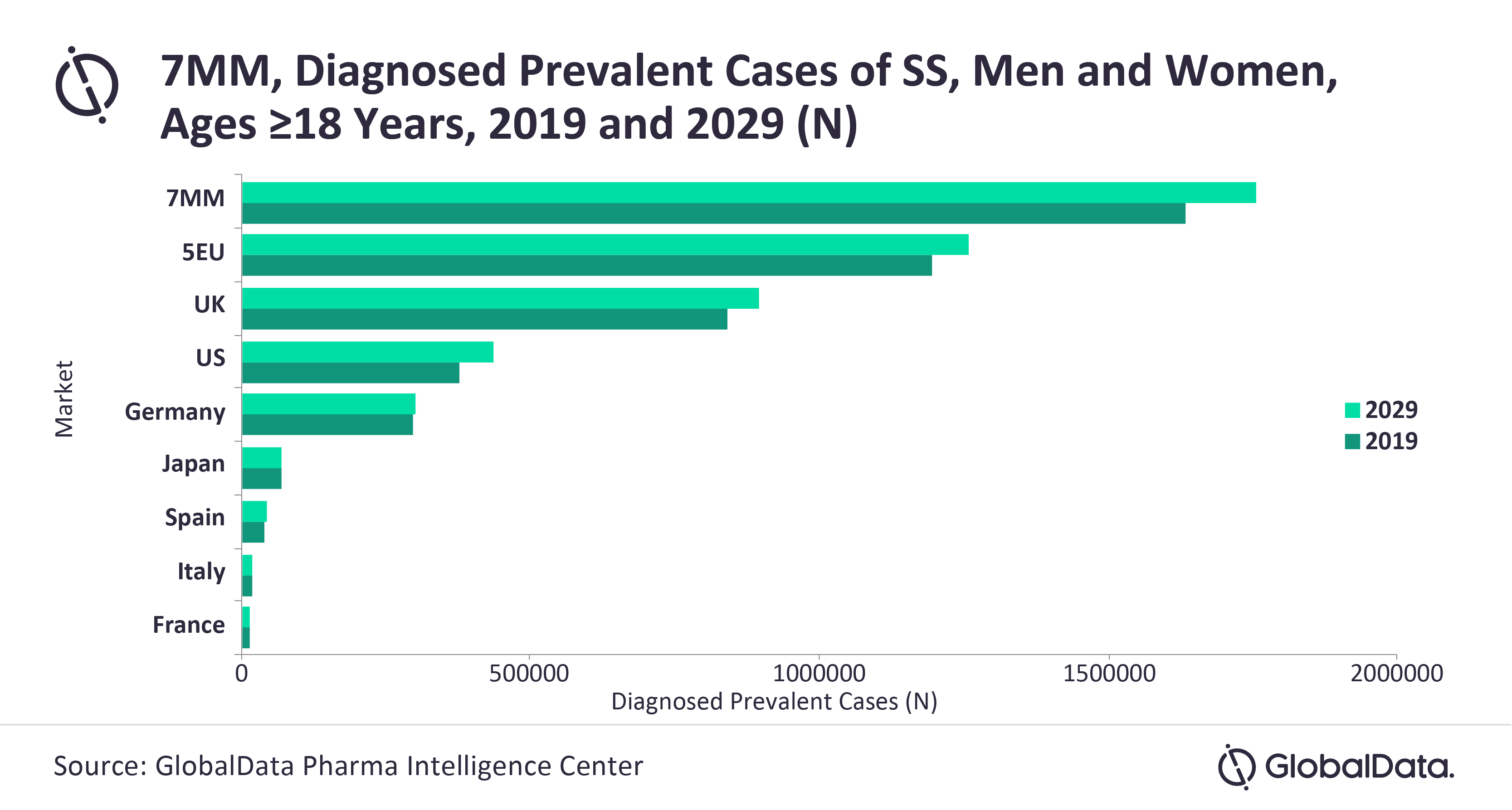 Katie Wrenn, Pharma Analyst at GlobalData, comments: “The rise in diagnosed prevalent cases is attributable to changes in the underlying population demographics. Due to the limited availability of data published on SS to date, prevalence estimates were held constant throughout the forecast period in the 7MM. Limited historical data makes predicting trends difficult, but there has been a promising increase in research and disease awareness over the past five years.

“In particular, the UK has seen increased disease awareness with the formation of a national registry for SS, enabling easier case identification and reporting. This reduces the likelihood of SS cases being misdiagnosed or undiagnosed, and likely contributes to the high number of diagnosed prevalent cases of SS seen in the UK. If other markets promote further research into SS and build national registries similar to that seen in UK, physician awareness and disease knowledge will increase over time, and, therefore, so will the rate of diagnosis.”

*7MM: The US, France, Germany, Italy, Spain, the UK and Japan