The diagnosed prevalent cases of ulcerative colitis (UC) in the eight major markets (*8MM) are projected to increase from 1.7 million cases in 2019 to 2 million cases in 2029, equating to an annual growth rate (AGR) of 1.36%. The exponential growth in the prevalent cases of UC is attributed to low mortality and increased rates of diagnosis over the past three decades. In line with this trend, the prevalence of UC is expected to continue increasing in the future, says GlobalData, a leading data and analytics company. 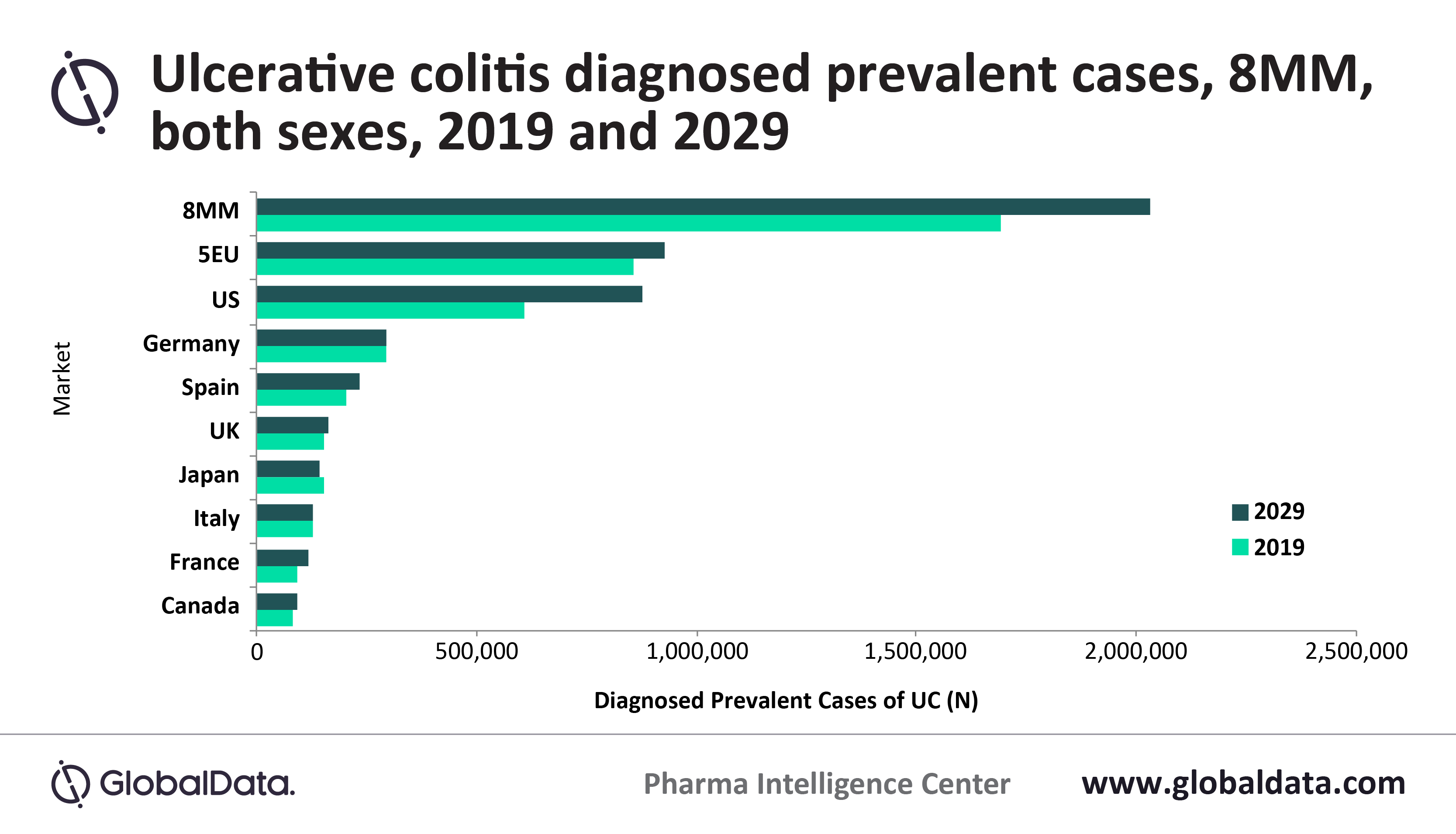 Shilpa Shaji, MPH, Epidemiologist at GlobalData, comments: “Historically, inflammatory bowel disease (IBD) has been considered a condition of high-income countries. An increase in prevalence rate of IBD including UC is now found in regions that formerly had low prevalence. The risk factors may include urbanisation, more hygienic environments, improvements in the socioeconomic status of newly industrialised countries, changes in diet and other lifestyle changes, improved sanitation, and environmental factors. The gender differences in the prevalence may be due to environmental determinants derived from biological, social, and economic exposures between males and females. The higher prevalence of smoking, as one of the most consistently studied environmental factors of IBD, in males compared with females may have also contributed to the higher morbidity in male patients.”

A diagnosis of UC can be confirmed by examining the level and extent of bowel inflammation. Improvement in access to health-care systems, more widely available diagnostic tools, and increased awareness on the part of both patients and physicians have contributed to higher rates of diagnosis.

Shilpa concludes: “The symptoms of UC may range from mild to severe and vary from person to person. They may also change over time, with periods of remission, alternating with relapses. Drug treatment for UC aims to reduce symptoms and control flare-ups, and then maintain remission once the disease is under control. A surgery is often indicated when the inflammation is very severe.”