Economic impact of floods in Henan province may be short-lived, opines GlobalData

23 Jul 2021
Economic impact of floods in Henan province may be short-lived, opines GlobalData

Following the news that China received heaviest rainfall in 1,000 years, causing loss of life, property and millions to migrate;

“China’s real GDP growth rate of 1.3% (quarter-on-quarter) in the second quarter (Q2) of 2021 may lose steam as floods in Henan province (major base for industry and agriculture) wreak havoc on the economy with an estimated economic loss of US$188.6m in the agricultural sector as of July 2021. However, the impact of floods may be short lived and GlobalData forecasts all cities in Henan province to grow by more than 8% in 2021.

“Zhengzhou in Henan province being the junction for the major north-south and east-west high-speed rail lines, the movement of people and goods & services has come to a standstill due to the suspension of railways. Moreover, the transport of coal from mining regions via Zhengzhou to central and eastern China has been severely impacted. Supply chain disruption will affect the productivity of the industries and simultaneously shoot up the prices of goods and services in the short-term.

“Henan province accounts for more than one-tenth of the country’s agricultural output. With rainwater damaging around 215,200 hectares of crops, it is expected to significantly put an upward pressure to the food inflation rate in the coming months. 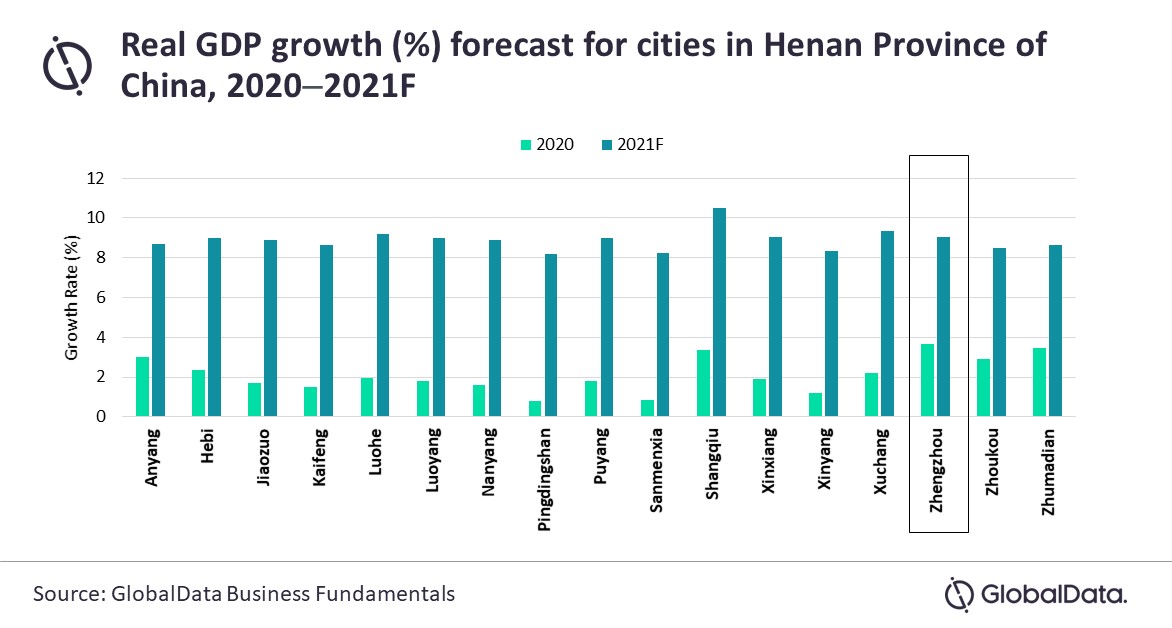 “China is expected to witness only short-term disruptions to its food supply chains because of swift government intervention and strong fundamentals of Chinese agricultural production. On the other hand, export growth picked up in June 2021 at a faster rate due to rise in external demand and easing of lockdown restrictions and vaccination drive boosted overall market sentiment.

“The intensity of damages caused by floods has risen over the years in China due to the impact of climate change and rapid urbanization. It is high time for the government to build climate resilient policies to improve Chinese manufacturing sectors. In addition, China’s focus on green financing will help develop its green finance infrastructure to foster effective development of disaster management tools in the coming years.”