Increasing life expectancy, decreasing mortality rates and low birth rates in cities in the Americas has led to a rise in the elderly population (aged 65 and over). Against this backdrop, 116 out of 710 metropolitan cities from the American region will have more than 20% of the population in the age band of 65 years and over by 2025, according to GlobalData, a leading data and analytics company.

Cities in North America are grappling with aging issues with 141 cities in the US and Canada projected to have an old age dependency ratio (which measures the number of elderly people as a share of those of working age (aged between 15 and 64)), of more than 30% by 2025. Furthermore, cities in Canada had a higher elderly population than children in 2018 and the elderly population in US cities is expected to outnumber the young age population in the next two decades. 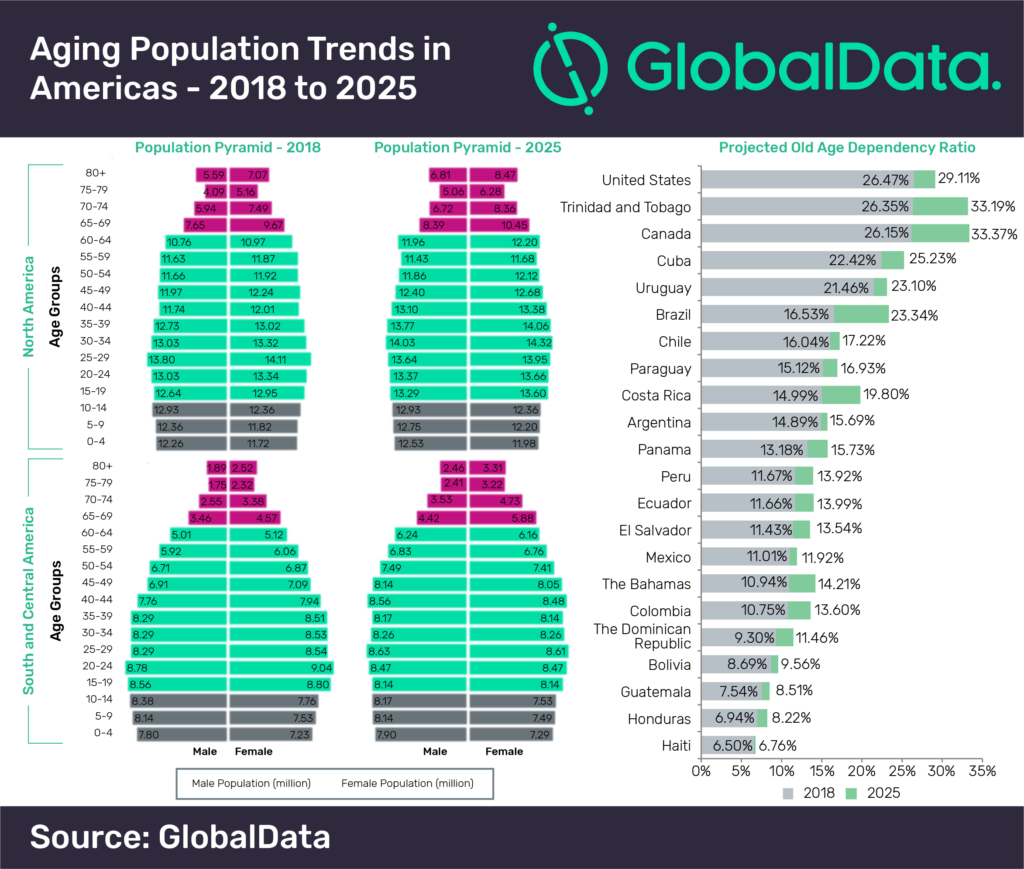 According to IMF, public pension expenditure on average accounted for 3.7% of the total GDP in South and Central American countries in 2015, with the highest share of 11.2% in Brazil. According to OECD, the share for Canada and the US was 5.5% and 4.9% during 2013-15.

Health expenditure is likely to grow significantly due to increasing prevalence of chronic non-communicable diseases mainly among the elderly population. Total health expenditure accounted for 8.56% of overall GDP on average across South and Central American countries and 17.07% in the US, according to the World Bank.

Parametric reforms to the public pension and health care system, coupled with promoting labor force participation of women and the elderly, will make the fiscal cost manageable.

Aditi concludes: “Pension reforms across the countries will depend on the individual country’s current system but higher retirement age was the key recommendation in most countries. However, increase in the retirement age should be accompanied by an improved disability system to protect the vulnerable workforce, who might not prolong their career due to poor health. Also, the reduction in benefits relative to wage, increased contribution to social security system and formalization of employment are additional recommendations for the sustainability of the pension system.”

COVID-19 will be most expensive phenomenon ever to hit insurance world
US life expectancy increases to 78.7 years as drug-related overdose deaths decline
Indonesia stands out as bright spot for global automotive market, says GlobalData
EU will witness decline in number of workers per retiree due to rise in elderly population over next six years, says GlobalData
Emerging megacities to outperform developed megacities by 2025, says GlobalData