* Traditional data center architecture has failed to keep up with the data revolution.

* Underlying hardware is becoming less relevant, as the focus shifts to a virtualized
software layer.

This software allows for centralized control and reduces human intervention. As data pervades all aspects of our lives, we are moving into an era that can only be described as software-defined everything (SDE), where the value within data networks shifts decisively from hardware to software. Traditional data center architecture has failed to keep up with the data revolution, and SDE will overcome the problems, according to GlobalData, a leading data and analytics company.

The company’s latest report, ‘Software defined everything’, divides the players in SDE value chain into two layers, the infrastructure layer and the application layer.

Verma continues: “In the infrastructure layer, the technology functionality, previously only achievable using specialist hardware, can be delivered using a combination of general-purpose computing hardware and software. The costly black box approach of traditional data center equipment manufacturers – like Cisco, HPE, IBM, and Dell – has been systematically undermined by commoditized white boxes designed by the internet service giants themselves and controlled by the software layer. 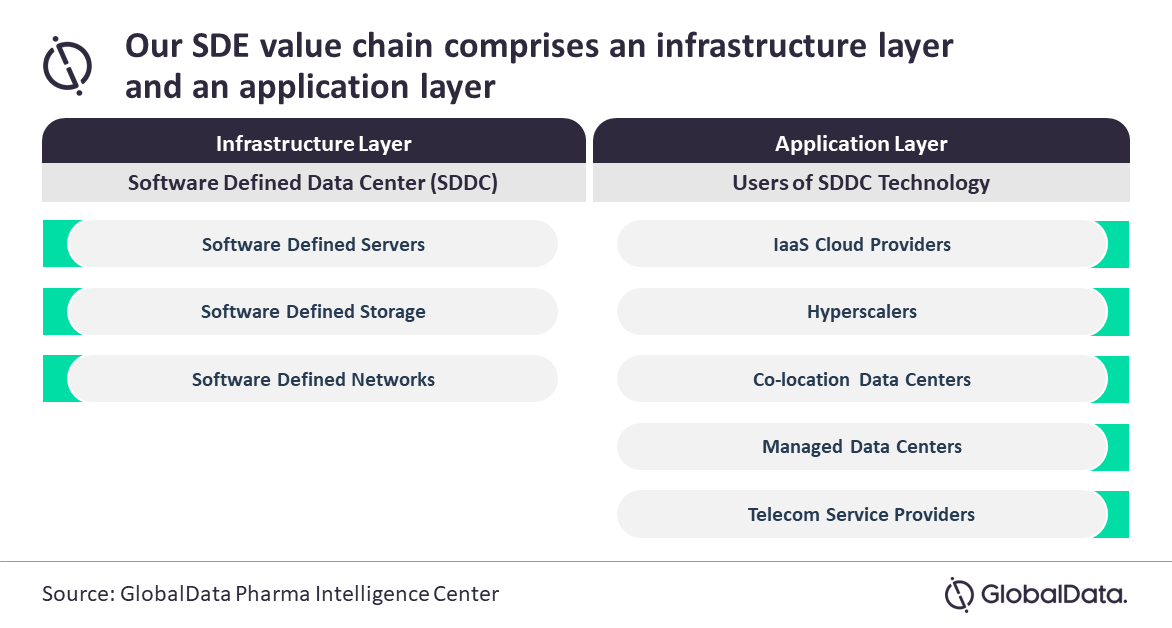 Among the users of SDDC technology, the cloud providers have emerged as the biggest beneficiaries. The leading cloud infrastructure as a service (IaaS) providers are investing heavily in SDDC technology to lower costs and increase functionality as they compete for market share in the cloud sector.