EU will witness decline in number of workers per retiree due to rise in elderly population over next six years, says GlobalData

12 Aug 2019
EU will witness decline in number of workers per retiree due to rise in elderly population over next six years, says GlobalData

The elderly population (aged 65 and over) continues to grow rapidly across the European Union (EU) owing to low fertility rates and higher life expectancy resulting from healthcare advancements. In 2025, 261 metropolitan areas across the EU will be home to an estimated 60.3 million elderly people, representing 19.3% of the total population, according to GlobalData, a leading data and analytics company.

Metropolitan areas across EU getting older

Low birth rates and an increasing old age population affect public pension and health care systems. The average total pension spend as a percentage of gross domestic product across the EU is over 10%, out of which old age pension spending increased from 70.14% in 2010 to 74.43% in 2016. Countries from South Eastern Europe are less equipped to handle the pension burden compared to their Western European counterparts, as they have weaker economies and also find it hard to retain talent. 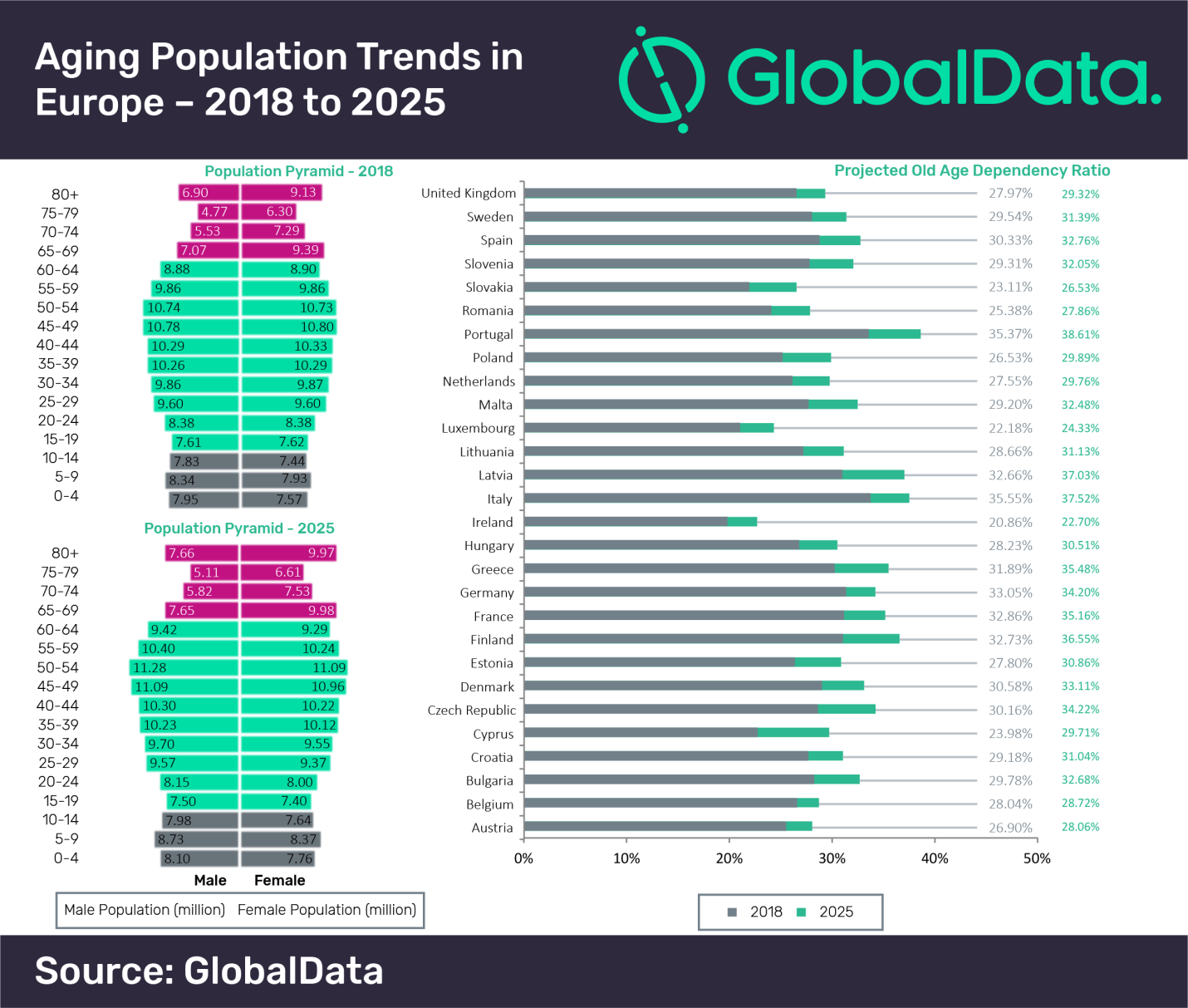 The average fertility rate across the EU stood relatively low at 1.59 in 2017 and any increase in it would enable faster increase in population. However, this strategy might work in the long run but does not seem like a viable option to control the growth of elderly population in the short term.

Germany’s population reached a record level of more than 83 million in 2018 due to net migration numbers of 400,000, according to the Federal Statistics Office of Germany. However, unskilled migrants make up the bulk of this number and this can hurt the country’s finances, as Germany provides higher financial support to migrants when compared to other European countries.

Pranay Singh, Economic Research Analyst at GlobalData, comments: “Increasing the retirement age along with an improved disability system to protect the vulnerable workforce can be a possible short term solution for aging in EU.