The overall regional risk score in Europe increased from 32.7 out of 100 in Q4 2019 to 39.1 in Q2 2020, according to GlobalData’s proprietary Global Country Risk Index (GCRI). However, despite this rise, the score is still the lowest among all regions – compared with, for example, the Middle East and Africa (MENA) region, which scored the highest at 55.6. Europe’s risk score is also lower in all parameters when compared with the world average of 47.9 out of 100 in Q2 2020 due to its strong macroeconomic fundamentals and unprecedented levels of fiscal and monetary stimulus undertaken by the government to battle headwinds from the COVID19 outbreak.

“Due to prolonged lockdown measures that varied country to country, economic output significantly contracted in Q2 2020 – with European countries facing an uneven economic recovery conditioned by different pace of restrictions undertaken. According to GlobalData, the region is expected to contract by 7.5% in 2020, with marked increase in unemployment and a loss of investment due to strained foreign demand as a result of the COVID-19 outbreak.” 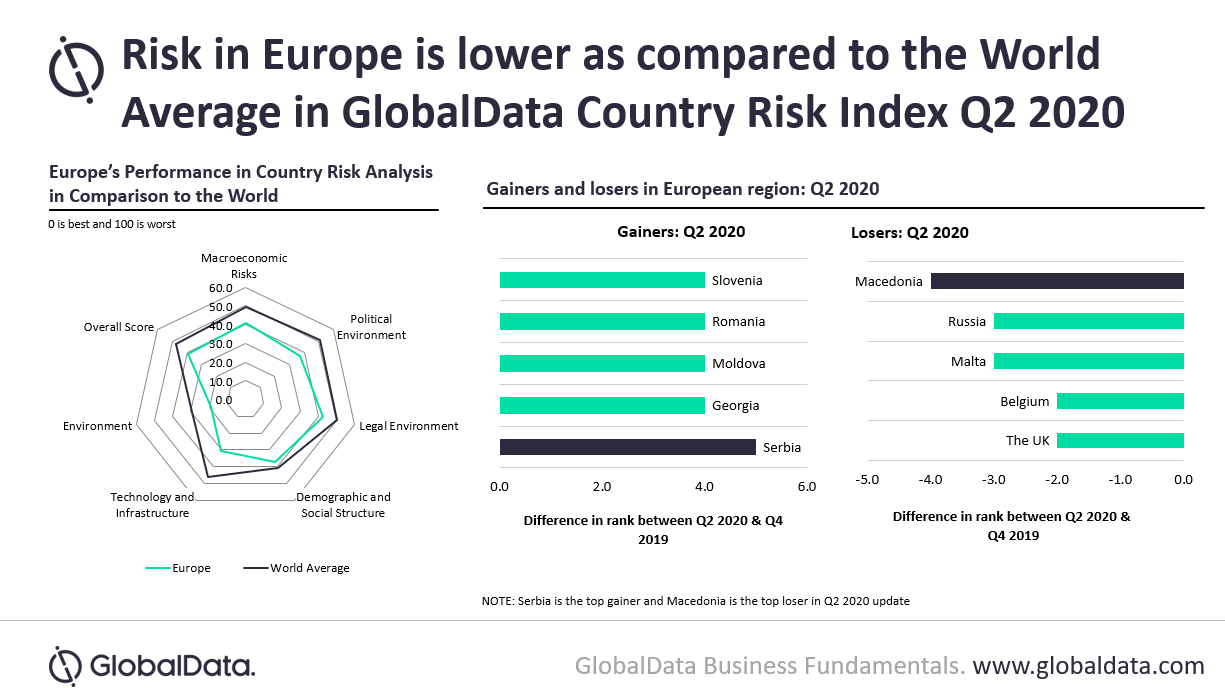 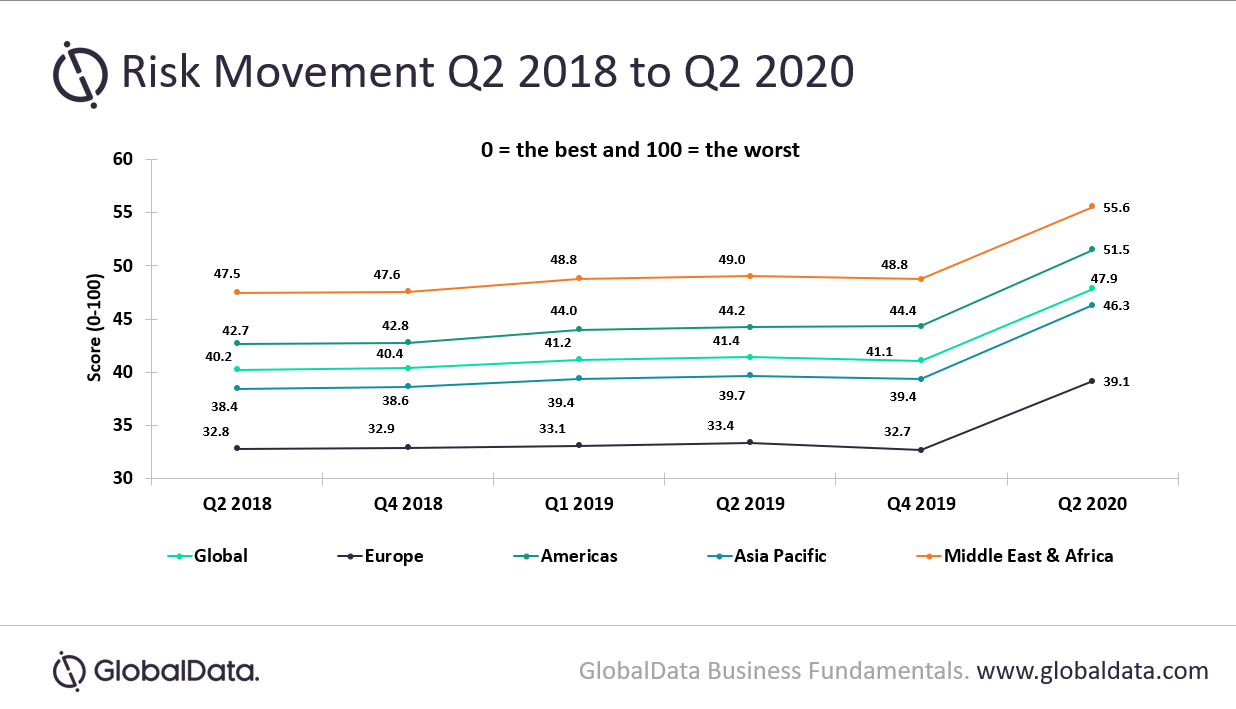 According to GlobalData’s GCRI for Q2 2020, countries identified as having the highest risk in Europe are Greece, Bosnia and Herzegovina, and Ukraine, whereas Sweden, Denmark and Switzerland have the lowest risk. Countries with the highest downfall in rank from the previous Q4 2019 update were Russia, Belgium and the UK, whereas countries with improved ranking were Serbia, Portugal and Denmark.

Upadhyay adds: “Europe continues to be plagued by subdued external demand, high public debt and financial sector uncertainty. Furthermore, the region faces major challenges as COVID-19 once again sees precipitous rise in France and Spain.  Nevertheless, political polarization in major countries such as Italy, France and Germany has led to popularity of far-right leaders with anti-immigrant voices gaining traction and no sign of imminent EU policy changes to curb anti-immigrant hatred in the region.

“The geopolitical instability in major countries in Europe has demonstrated powerful ‘divisiveness’ between the political parties, which is likely to persist and act as an obstacle to solve key issues of the region in conjunction with economic recession adding to the risks being tackled by the region in Q2 2020.”