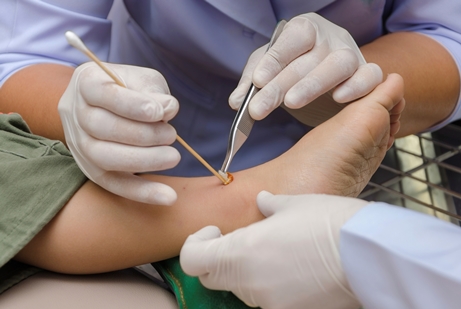 The European total ankle replacement (TAR) market, which covers 21 countries, is set to rise from $57.3 million in 2016 to $84.6 million by 2023, representing a compound annual growth rate (CAGR) of 5.7%, according to GlobalData, a recognized leader in providing business information and analytics.

The company’s latest report states that key drivers of the market include an increase in TAR patients due to wear and tear of joints in the growing elderly population, the need for a treatment that helps late-stage ankle arthritis patients maintain range of motion, and expanded medical education and surgeon adoption of TAR.

Tobe Madu, MSc, Healthcare Analyst for GlobalData, explains: “In recent years, there has been a resurgence of interest in TAR. The success of third-generation implants in relieving arthritic pain and restoring range of motion has positioned TAR as an effective substitute to joint fusion. Whereas extensive bone resection has plagued previous generations of devices, current products aim to minimize resection of the tibial and talar bone to promote implant stability. In addition, manufacturers are advancing preoperative evaluation techniques to achieve better alignment.

“Although ankle trauma is not as common as in other joints like the knee and hip, there is an increased utilization of TAR based on advanced implant designs and positive study results from long-term viability trials. This has resulted in major insurers revising coverage policies to support patient access to TAR.”

In terms of market share, Germany represented the largest portion of the European market in 2016, holding 38% of the regional revenue, and is expected to maintain this dominance through the forecast period. The Czech Republic, Hungary, and the Netherlands are expected to be the fastest-growing markets through 2023, each at a CAGR of 7.6%, while Greece and Turkey will stagnate over the same period.

Most of the TAR market is occupied by a few players, including Stryker, Integra LifeSciences, Wright Medical, DePuy Synthes, and Zimmer Biomet. These companies boast reputable brands with significant clinical research data driving production adoption. Currently, TAR is still not profitable enough to attract competitors, and the cost of getting a device to market is prohibitive to new entrants, so the space is set to remain in the hands of the aforementioned players as they continue to enhance their product mix and optimize operational efficiency.