Clubs competing in Europe’s *‘big five’ soccer leagues will collectively earn almost $1.2 billion in the 2021-22 season from having partners’ logos on the front of club shirts, according to GlobalData, a leading data and analytics company.

Liam Fox, Sport Analyst at GlobalData, comments: “Within the ‘big five’ European leagues, Premier League clubs were shown to be the highest earners from selling their front of shirt rights, collectively generating £337.5 million ($446 million) across the 20 clubs in the league. This is almost double the €205.5 million ($242.5 million) generated by German Bundesliga clubs, the second highest generating league. The average value of a Premier League front of shirt deal was £16.7 million ($22.3 million), while the average in Germany was just €11.4 million ($13.5 million).”

Fox continues: “Due to the way the Premier League and its clubs have built an international presence, teams can drive substantial value through selling their front of shirt rights to global brands. Meanwhile, for brands, sponsoring a Premier League club offers the opportunity to build trust and credibility at scale, as well as a presence in strategically important markets.”

Premier League clubs also collectively generate significantly more than any other European league due to the strength in depth that it enjoys, with a greater number of bigger teams affiliated and as a result a superior stable of global star players, thus allowing a breadth of clubs to command lucrative fees for their Front of Shirt rights. 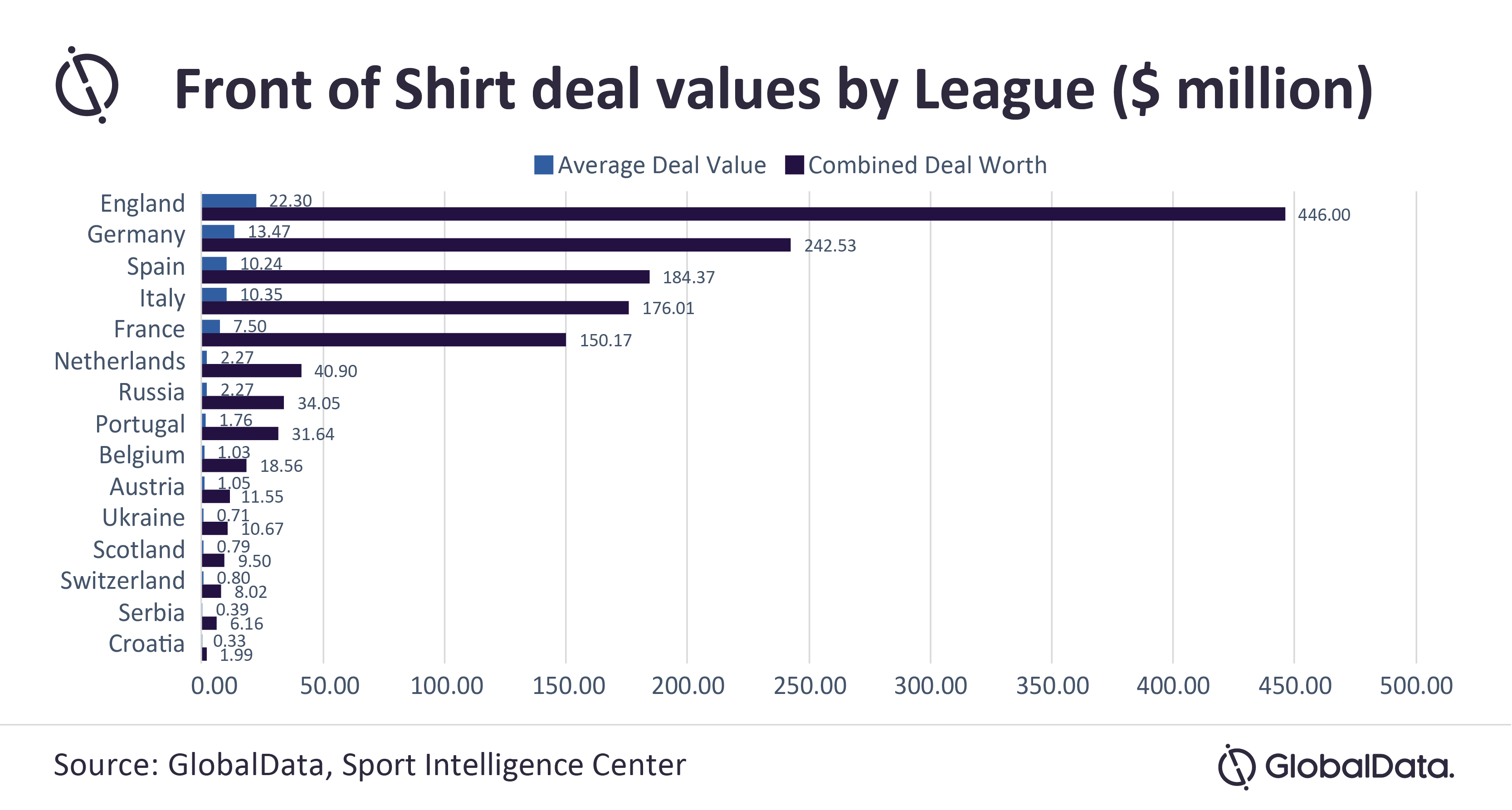 *The Premier League, La Liga, the German Bundesliga, Serie A and Ligue 1