The COVID-19-driven economic downturn does not seem to have affected top 25 technology companies, which reported a collective 47% gain in cumulative market capitalization (MCap) in 2020, compared to 2019. This pandemic-defying performance was led by Facebook, Amazon, Apple, Microsoft and Alphabet/Google (FAAMG) stocks, which together added $2.6 trillion in MCap during the year. 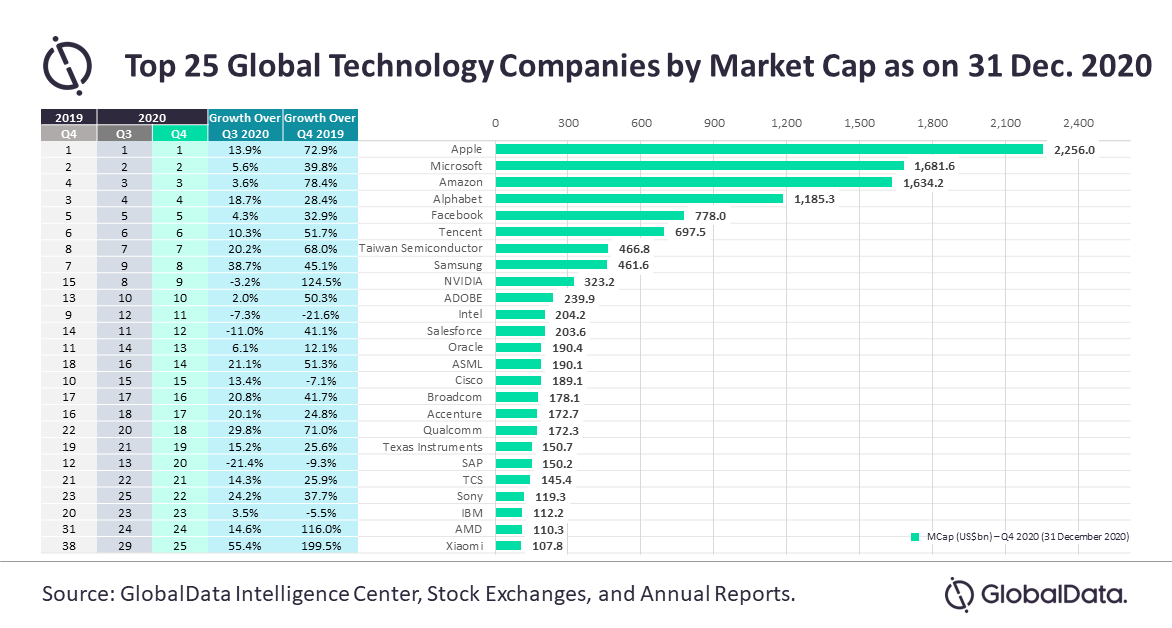 Amazon’s strategy to invest in e-commerce operations and Microsoft’s plan to close its physical store operations and invest in online channels kept investors interested in these stocks. Further, acceleration in the adoption of cloud solutions, due to their crucial role in digital transformation and the use of collaborative platforms, helped the stocks of Amazon, Microsoft and Alphabet reach a new high.

IBM’s announcement in October 2020 to spin off its Managed Infrastructure Services to focus on open hybrid cloud platform, and accelerate clients’ digital transformation, seem to have won over investor confidence, with the company’s stocks rising in Q4 2020.

Jha continues: “The health crisis led to an increase in demand for memory chips, mainly due to higher demand from cloud applications linked to remote working and online education. The continued investment in artificial intelligence, 5G infrastructure, data center, autonomous vehicles and gaming also kept the investors bullish on these stocks.”

Intel and SAP were the only two companies in the top technology list reporting decline in both QoQ and YoY MCap. Intel’s failure in bringing new generation chips to market, due to a slow pace of innovation, made room for its competitors to challenge it in the personal computer microprocessing segment, where it has been a market leader for decades. The downward revision of SAP’s business outlook for 2020 was mainly due to contraction in its software-licensing business, which didn’t go down well with investors and SAP’s MCap fell by more than 20% in Q4.

Jha concludes: “With the roll-out of COVID-19 vaccines, the chances of global recovery have improved. This will likely enhance the growth prospects of top tech stocks in 2021.”