Ms. Sasmitha Sahu, Pharma Analyst at GlobalData, comments: “Relma-cel is the first CAR-T product independently developed and approved as a Category 1 biologics product in China after the NMPA had published a new regulation on the registration of biologics in the country on 30 June 2020.”

It is the only approved CAR-T product in China that has been simultaneously included in the National Significant New Drug Development Program, granted priority review (in r/r LBCL) and breakthrough therapy designations (in follicular lymphoma).

Relma-cel was approved based on the Phase II RELIANCE study, a single-arm, multi-center, pivotal study to evaluate its efficacy and safety in 59 patients with r/r LBCL in China. Similarly, Yescarta (axi-cel) was also approved based on a Phase I/II study in 15 Chinese patients.

Ms. Sahu adds: “China has been granting priority review designations and ensuring speedier approvals as per the latest biologics registration regulations regardless of the phase and sample size. This will ensure the benefits of CAR-T therapies are accessible to the Chinese patients, particularly those who have failed initial lines of therapies.”

There are currently 582 active clinical trials for CAR-T therapies in China, according to GlobalData. Notably, most of the pipeline assets are targeting CD19 receptor and are being evaluated for positioning at second or third line of therapy. 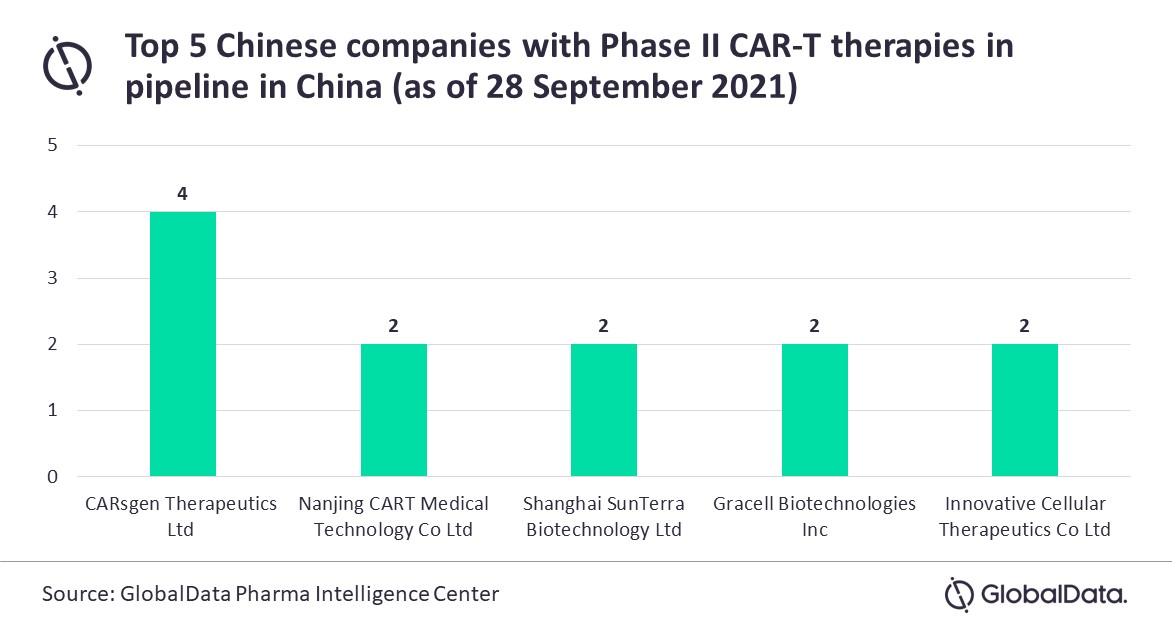 Ms. Sahu concludes: “China has emerged as the fastest-growing CAR-T hub in Asia-Pacific and has surpassed the US in terms of the highest number of registered trials of CAR-T therapies, many of them on the national clinical trial registry. With several CAR-T therapies in Phase II and considering that China has approved CAR-T therapies based on Phase II trials, the CAR-T space, especially CD-19, could see stiff competition due to lack of differentiation and could trigger further head-to-head trials.”