Fiber-to-the-Home/Building (FTTH/B)  service is set to cement its position as the leading fixed broadband technology in the Asia-Pacific (APAC) market and will go on to account for 94.8% of the total fixed broadband service revenue in the region by 2026, according to GlobalData, a leading data and analytics company.

An analysis of GlobalData’s Asia Pacific Fixed Communication Forecast Model (Q3-2021) indicates that the share of fiber lines in the total fixed broadband lines in APAC will increase from 90.7% (672.2 million) in 2021 to 92.5% (792 million) by 2026, driven by the growing demand for high-speed Internet services, fiber rollouts and the ongoing national broadband networks across most countries in the region.

Singapore will have the highest share of FTTH/B lines as a percentage of total fixed broadband lines in the region, almost reaching 100% by 2026. Singapore will be followed by Vietnam, Hong Kong, and Malaysia with 96.6%, 93.0%, and 92.8% share, respectively, in 2026. 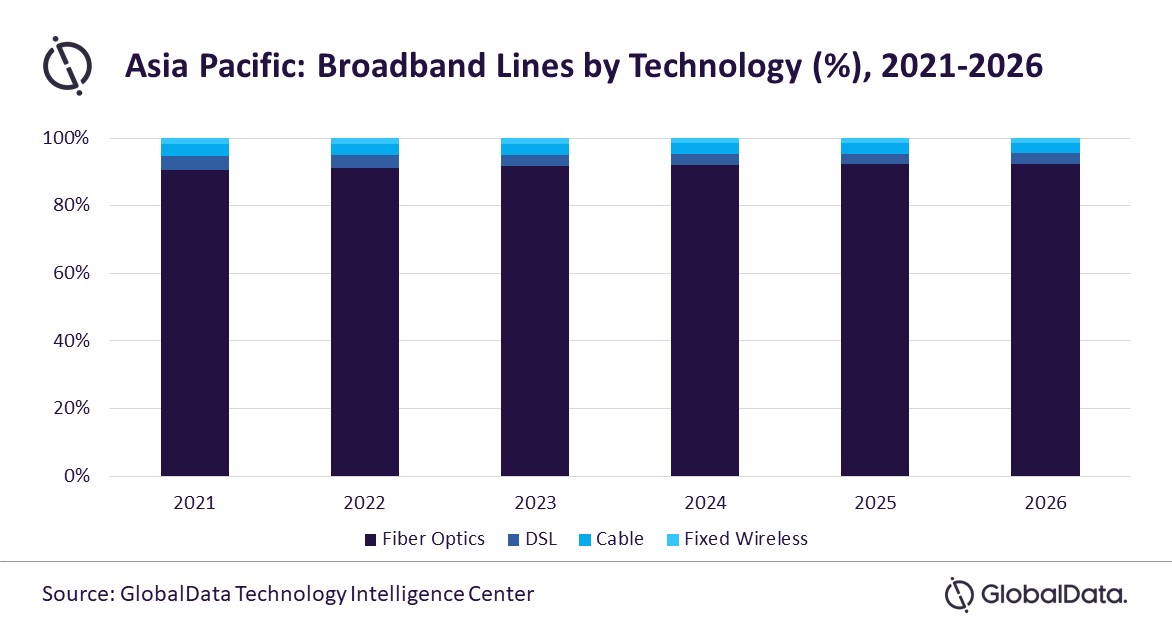 Aasif Iqbal, Telecom Analyst at GlobalData, says: “Governments’ investments and the establishment of NBNs offering fiber on a wholesale basis such as Chorus (New Zealand), NBN Co (Australia), and Netlink Trust (Singapore), as well as investments by operators have been and will be crucial for the widespread availability and adoption of fiber broadband services in the region.”

While national broadband plans have been executed in developed APAC countries like Australia, New Zealand and Singapore, the momentum of fiberization is shifting to developing APAC countries such as India (BharatNet), Thailand (Net Pracharat Project) and Indonesia (Palapa Ring project).