The total fixed communications services revenue in Australia is expected to increase at a sluggish compound annual growth rate (CAGR) of 0.7% from US$9.9bn in 2020 to US$10.2bn in 2025,  supported by the growth in fixed broadband segment, according to GlobalData, a leading data and analytics company.

An analysis of GlobalData’s Australia Fixed Communication Model reveals that the fixed voice service revenue is expected to decline at a CAGR of 5.5% over 2020-2025, due to the drop in circuit switched subscriptions and fixed voice average revenue per user (ARPU) levels.

Fixed broadband revenue, on the other hand, is expected to grow at a CAGR of 4.5% over 2020-2025, supported by growth in fiber-to-the-home (FTTH) and fixed wireless subscriptions. 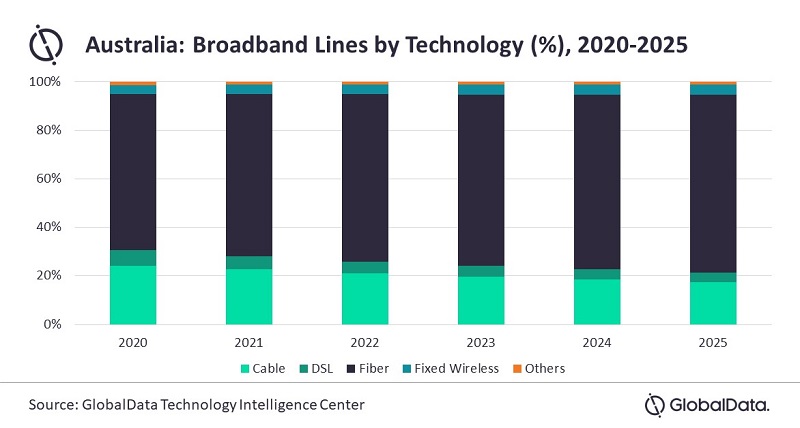 Aasif Iqbal, Telecom Analyst at GlobalData, says: “Fiber lines is expected to remain the dominant fixed broadband technology through 2025, supported by the rising demand for high-speed Internet services and the government’s focus on aggressive fiber to the x (FTTx) network expansions nationwide under the National Broadband Network (NBN) project.