Sizeable domestic market and the increasing internationalization of project awards helped China to dominate GlobalData’s latest rankings of the leading 500 construction contractors around the world.

According to GlobalData, four of the top five positions continue to be held by Chinese firms. The only non-Chinese contractor in the top five is Spain’s Actividades de Construccion y Servicios SA (ACS), a group that includes Spain-based Dragados, Germany-based Hochtief AG and Australia-based CIMIC.

However, in terms of the number of companies in the Global 500 Contractors list, the US dominates with 83 companies. There are 38 companies with headquarters in China, which is behind the UK (40) and India (41). 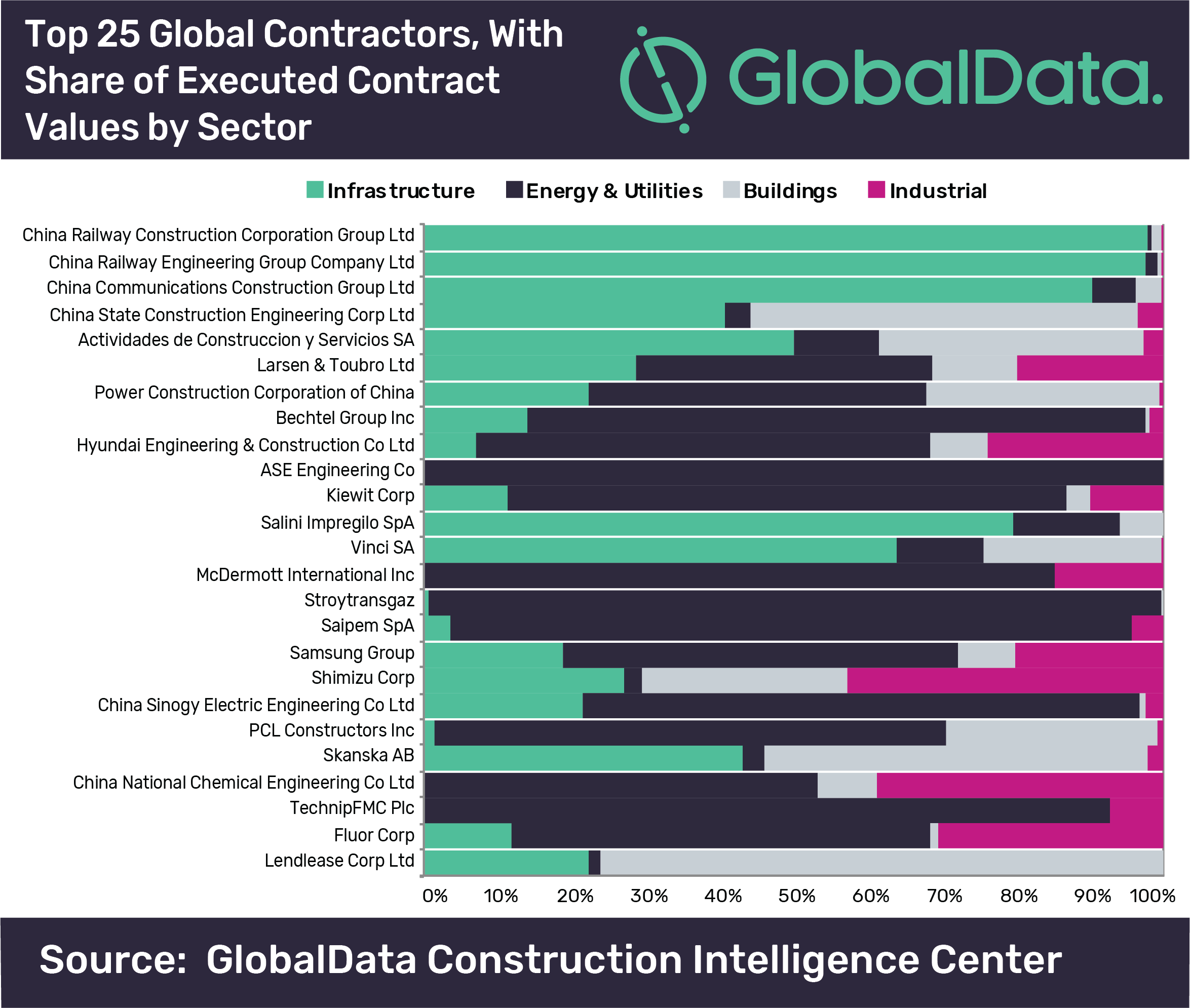 Danny Richards, Lead Economist at GlobalData, comments: “Although the largest Chinese contractors are becoming increasingly involved in major infrastructure projects throughout Asia, Europe and the Middle East and Africa, they remain heavily reliant on operations within China. By contrast, ACS is among the most diversified contractors in terms of sectors and regions in which it operates, which reflects the wide range of subsidiaries that come under the ACS group.”