The daily confirmed cases of COVID-19 in France is increasing, which could indicate that the country is experiencing a second wave of COVID-19. The spike in cases, which began in August, seem to have coincided with the summer holiday and tourist season, says GlobalData, a leading data and analytics company.

Bishal Bhandari, PhD, Senior Epidemiologist at GlobalData, comments: “This increase in cases cannot be fully explained by an increase in testing capacity – given that the test positivity rate, which was around 1.5% in June and July, has steadily increased to approximately 9% in the last week of September.” 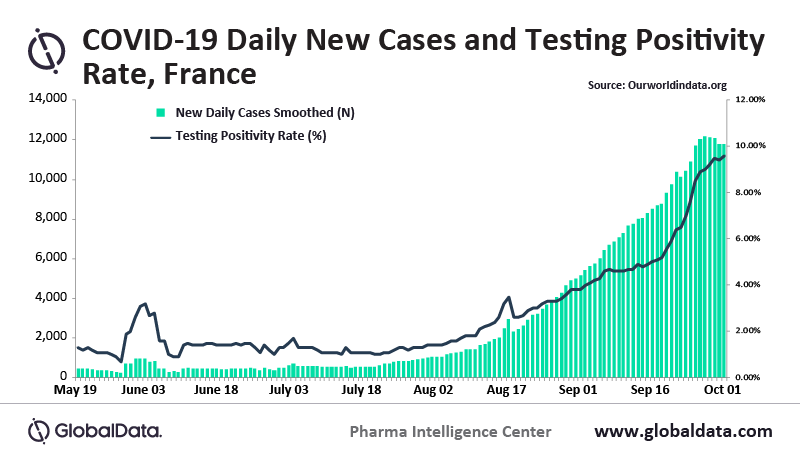 Bhandari continues: “France has become one of the most heavily affected countries in Western Europe, and is expected to reach 700,000 total confirmed cases in the next two weeks. There will not be a significant decrease in new cases, as the country reopened the economy when the infections were not fully under control.”

Bhandari concludes: “France is currently struggling to provide testing facilities for its population as the demand is very high. There is a serious backlog in testing capacity that makes it difficult to identify outbreak clusters and set up effective contact tracing. To avoid uncontrolled rise in cases, an effective test-and-trace system needs to be in place that prevents localized outbreaks from spreading further.”