With Western defense budgets increasing and continued growth in Asia-Pacific, there is a strong demand for naval force procurement and modernization with 215 new frigates expected to enter service worldwide between 2019 and 2029. According to GlobalData, a leading data and analytics company, frigates are expected to account for 28.7% revenue share of the total market by 2029, up from 22% in 2019. 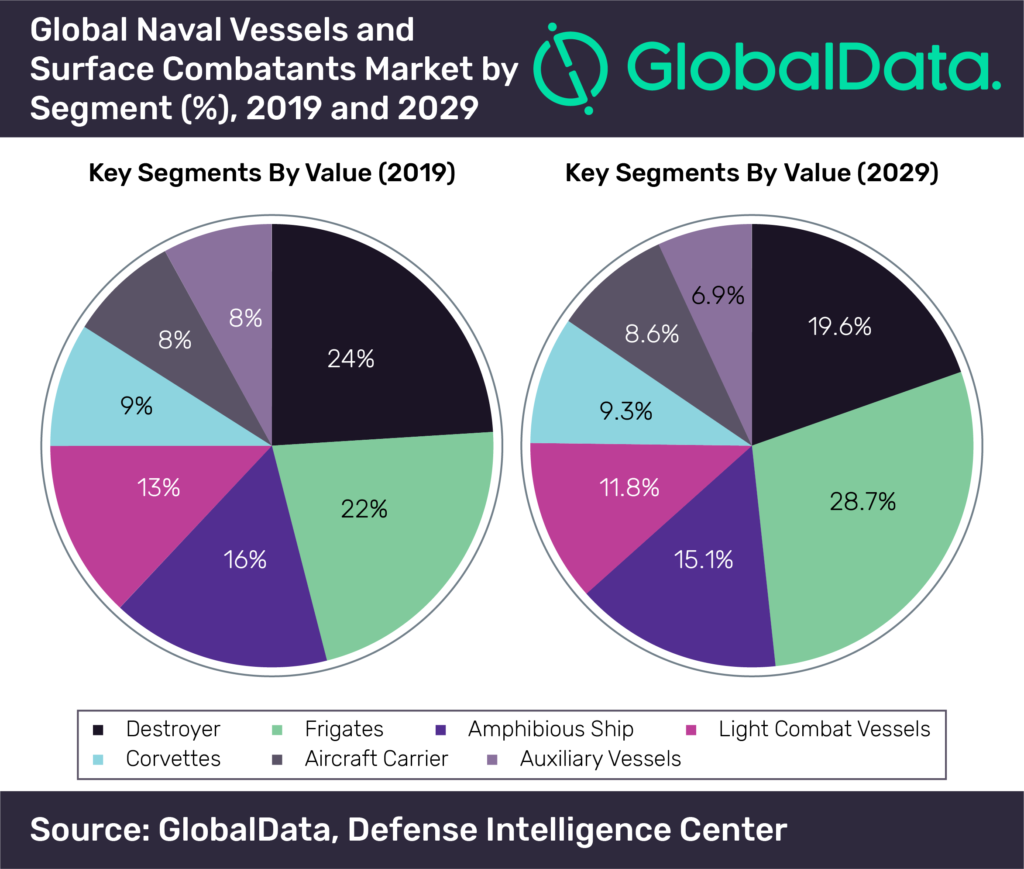 Frigates, owing to their multi-tasking capabilities, provide major advantages for navies worldwide. These ships can be equipped with advanced weaponry and communication systems, which facilitate the effective performance of multiple tasks such as anti-surface warfare, anti-submarine warfare, anti-air warfare, destruction of ground targets, search and rescue and maritime security operations.

Shipbuilding developments in the frigate market continue at pace. The US Navy released a force-structure goal in 2016 that calls for achieving and maintaining a fleet of 355 ships of certain types and numbers. This number was reiterated in the 2019 shipbuilding plan and the target is expected to be achieved by 2034. The proposed force structure includes 55 frigates, comprising 35 Littoral Combat Ships (LCSs) and 20 guided-missile frigates (FFG(X)s).