Gazprom is expected to lead in terms of global trunk or transmission pipeline length additions for planned and announced (new-build) projects among companies between 2019 and 2023, contributing around 5% of global new-build pipeline additions by 2023, according to GlobalData, a leading data and analytics company.

Sunrita Dutta, Oil and Gas Analyst at GlobalData, comments: “Nord Stream 2, a shallow water gas pipeline project running from Russia to Germany, is the largest upcoming pipeline project in Gazprom’s portfolio with a new-build length of 2,400km. The pipeline is expected to start operations in 2020.” 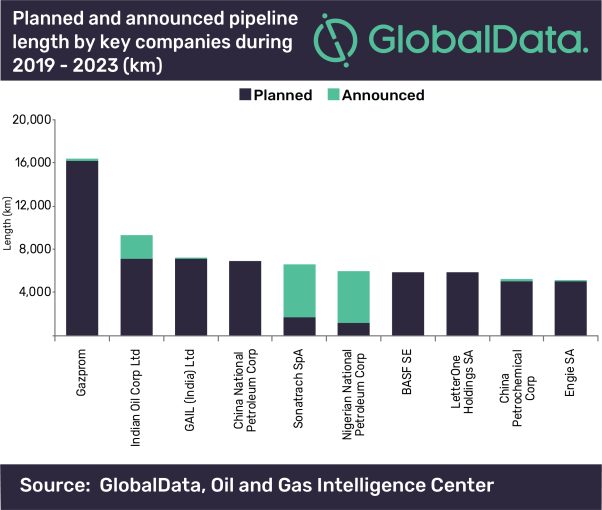