A recent analysis by GlobalData, a leading data and analytics company, identified the top 10 pharma companies by deal value for quarter 3, in 2017, revealed a number of key insights.

The company’s research confirmed that the acquisition of Kite Pharma by Gilead Sciences for $11.9 billion was the biggest deal of the quarter. Gilead Science also entered into partnership with Spring Bank Pharma for an unspecified deal value. 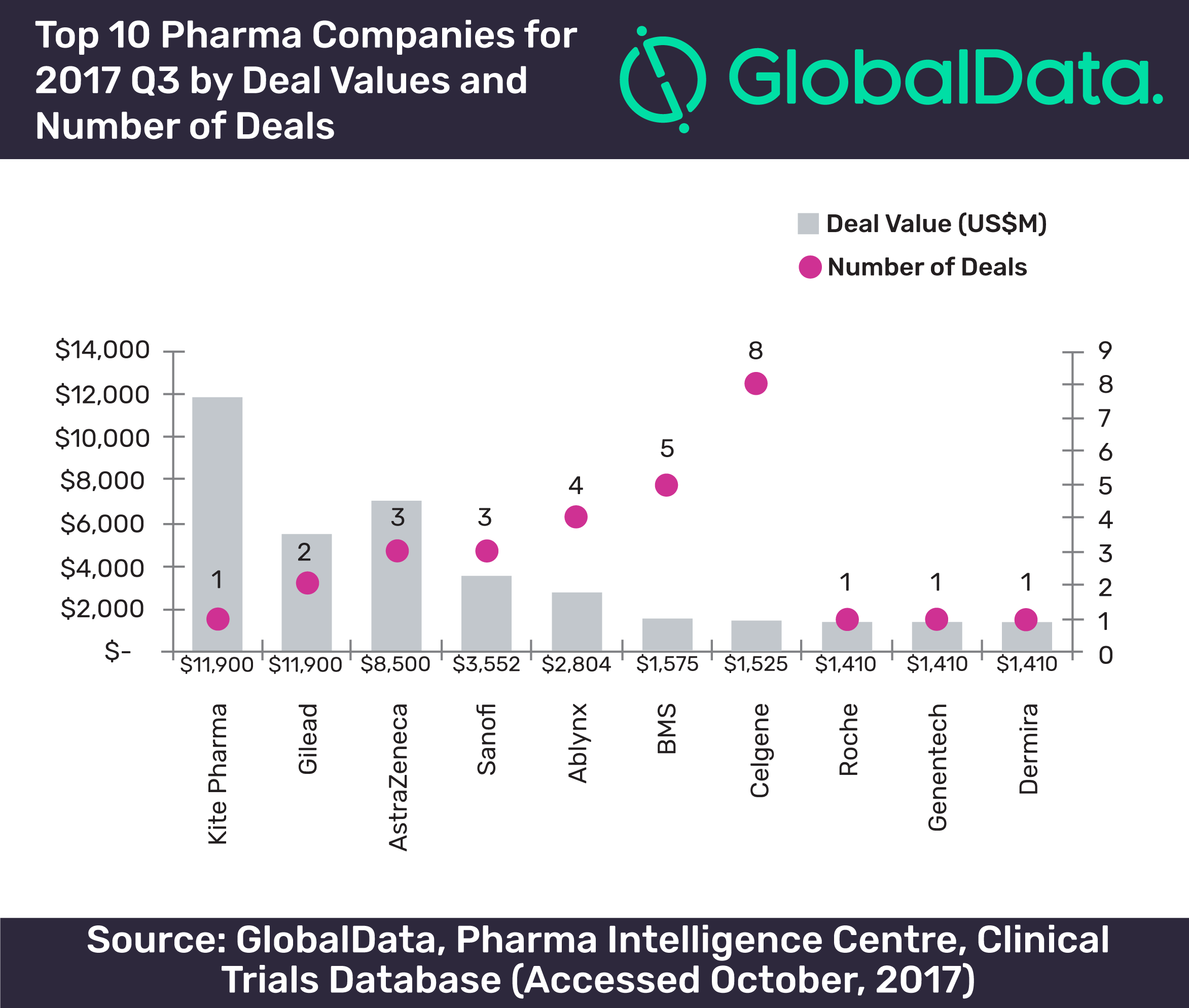 Lisa Marris, Healthcare Analyst at GlobalData, commented, ‘‘These investments clearly demonstrate Gilead Sciences ambition to advance their research and development capabilities, and they will be one-to-watch for future drug developments.’’

AstraZeneca also had a busy quarter by securing three partnerships; the most prominent of which was with Merck worth $8.5 billion.

GlobalData also analysed the number and value of deals by country. The US had more deals and a higher deal value than the other top 10 countries combined.
This shows that US companies had the biggest foot-hold in pharma deals for quarter 3, 2017. Outside of the US and Europe, China had the next biggest impact in the pharma market, followed by Japan and Israel. 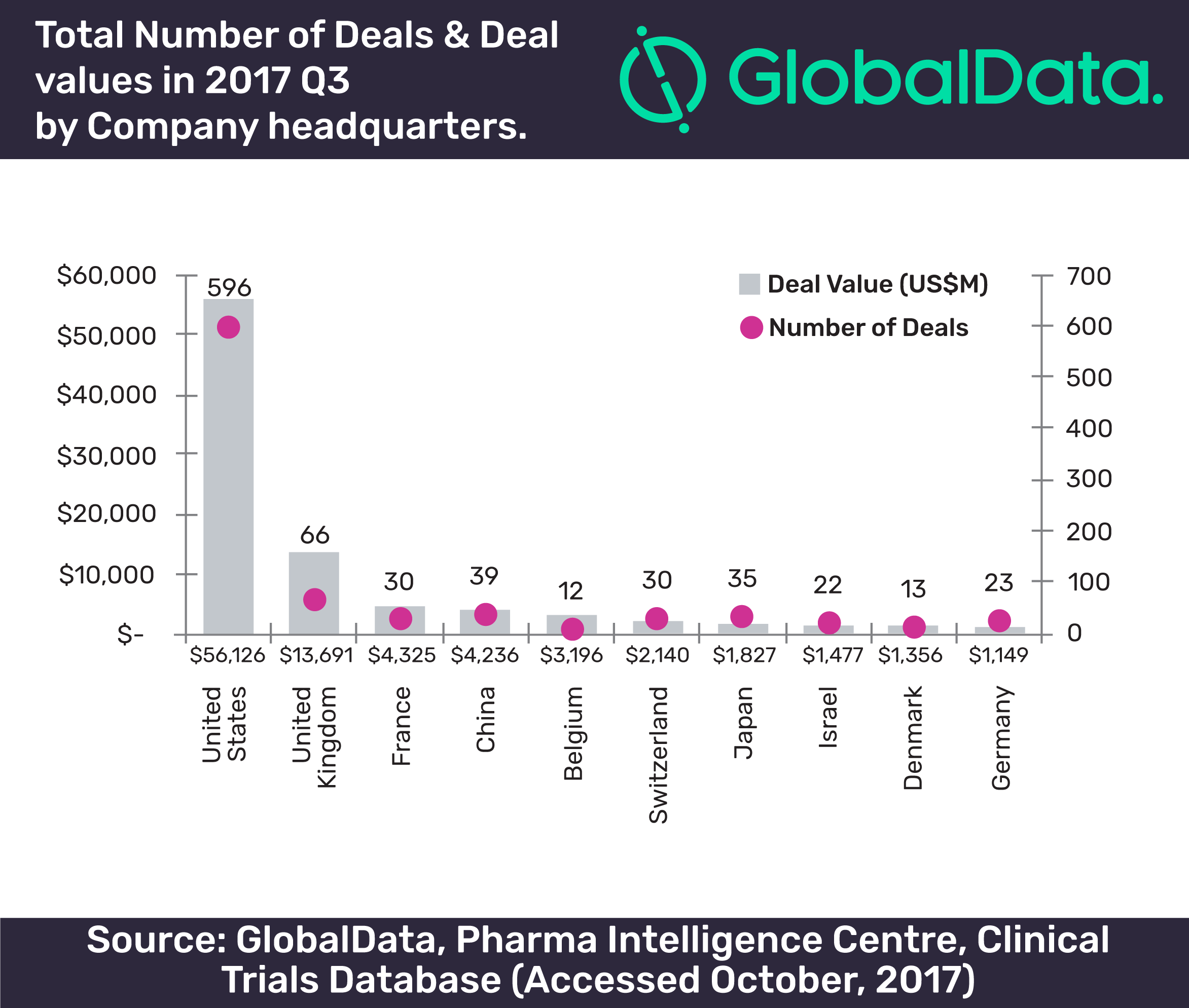 Marris, added, ‘‘The success of Japan and Israel was largely due to Mitsubishi Tanabe Pharma Corp’s acquisition of NeuroDerm Ltd.