Global construction output growth will decline to 2.7% in 2019

The deterioration in construction output growth across emerging markets has been worse than previously expected, particularly in the US and the Middle East. Therefore, the forecast for global construction output growth in 2019 has been revised down to 2.7%, which will be the slowest pace of growth in a decade, according to GlobalData, a leading data and analytics company.

GlobalData’s central forecast sees global construction output growth increase to 3.2% in 2020 and then stabilize at 3.4% over the remainder of the forecast period, which runs to 2023. According to the company’s latest report, ‘Global Construction Outlook to 2023 – Q3 2019 Update’, this is partly driven by a projected improvement in the global economy in 2020, which in turn relies on improvements in financial market sentiment and stabilization in some of the larger currently-troubled emerging markets.

Danny Richards, Lead Economist at GlobalData, comments: “Some major advanced economies have struggled to generate growth momentum, including the US, the UK and Australia. In China, where the authorities are stepping up investment in infrastructure to prevent a continued slowdown, growth will remain positive, contributing to a slight acceleration in growth in total output in the emerging markets.” 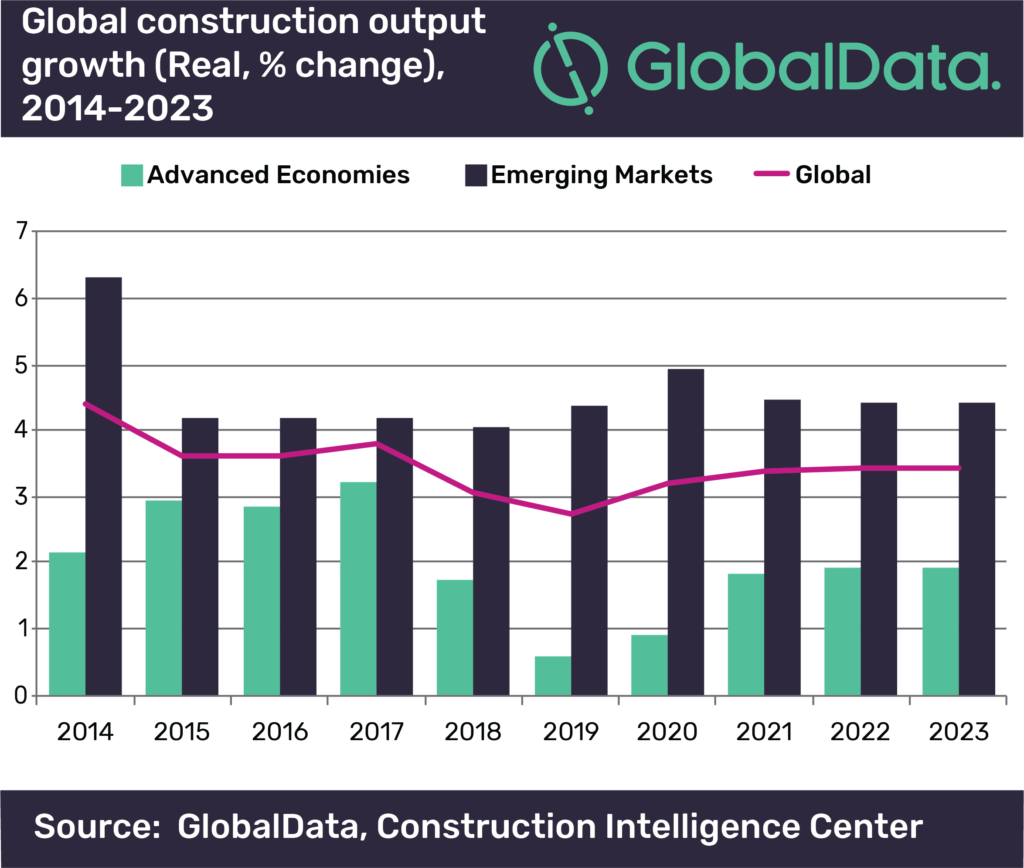 Richards continues: “Geopolitical risks are intensifying, which could potentially undermine investor confidence and disrupt capital flows in the early part of the forecast period. Risks to the overall forecast stem primarily from a possible escalation in the trade war between the US and China, as well as inflamed tensions between the US and Iran following the recent drone strikes on Saudi Arabia’s largest oil processing center, which were blamed on Iran.

“The emerging markets of South-East Asia will invest heavily in new infrastructure projects, supported by private investment, and this region will be the fastest growing, expanding by 6.4% between 2019 and 2023.”