Global deal activity down by 5.7% in October 2021, finds GlobalData

A total of 4,796 deals (comprising mergers & acquisitions [M&A], private equity, and venture financing deals) were announced globally during October 2021, which is a decline of 5.7% over 5,088 deals announced during the previous month, according to GlobalData, a leading data and analytics company.

Aurojyoti Bose, Lead Analyst at GlobalData, comments: “Deal activity rebounded in September, but the improvement in deal-making sentiments was short-lived, with October again reversing the growth trend. A surge in COVID-19 cases in some of the key markets, such as China and the UK, has impacted deal-making sentiments.” 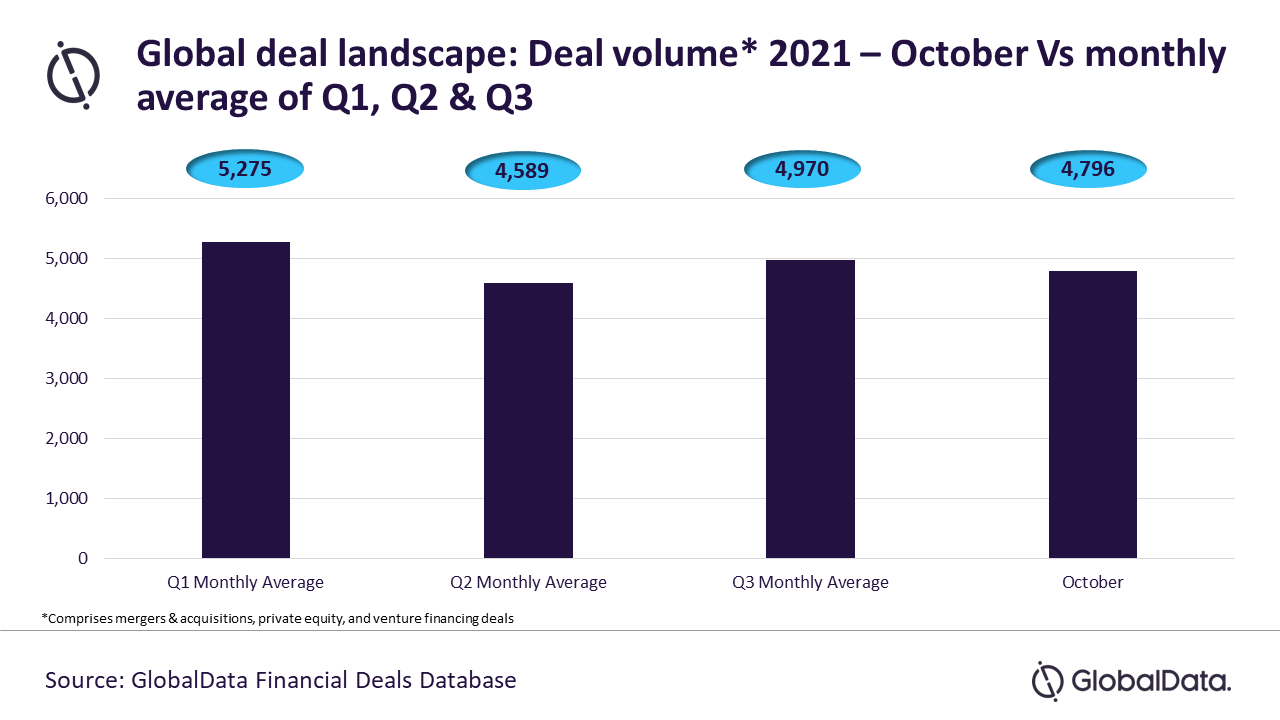 Bose continues: “All the deal types (under coverage) have witnessed decline in deal volume in October compared to the previous month. The number of private equity, venture financing and M&A deals decreased by 21.1%, 8.5% and 0.1%, respectively.”