A total of 892 deals were announced globally during the week ended 19 April, 2020, which is a decrease of 0.8% over 899 deals announced during the previous week, according to GlobalData’s deals database. 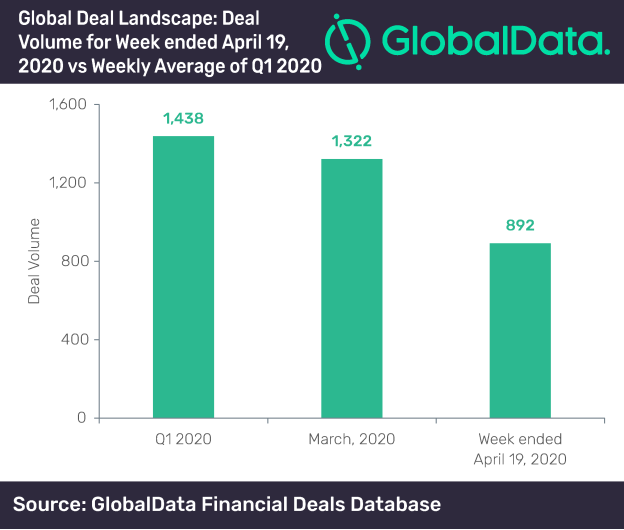 Deal activity decreased in some of the key markets during the week ended 19 April, 2020, compared to the previous week, while some other key markets showcased growth. While the US, the UK and Australia witnessed a decrease in deal volume by 2.1%, 16.3% and 38.3%, respectively; China and Canada witnessed deal volume growth of 37% and 38.3%, respectively.