A total of 5,088 deals (comprising mergers & acquisitions [M&A], private equity, and venture financing deals) were announced globally during September 2021, which is a growth of 5.4% over 4,826 deals announced during the previous month, according to GlobalData, a leading data and analytics company.

An analysis of GlobalData’s Financial Deals Database revealed that deal volume during September remained higher when compared with July and August’s deal volume. It was also above Q2’s monthly average levels.

Aurojyoti Bose, Lead Analyst at GlobalData, comments: “After witnessing decline for two consecutive months, deal activity rebounded in September mainly driven by markets in Europe and Asia-Pacific (APAC). However, cautiousness still prevails with top markets such as the US witnessing a decline in deal activity.” 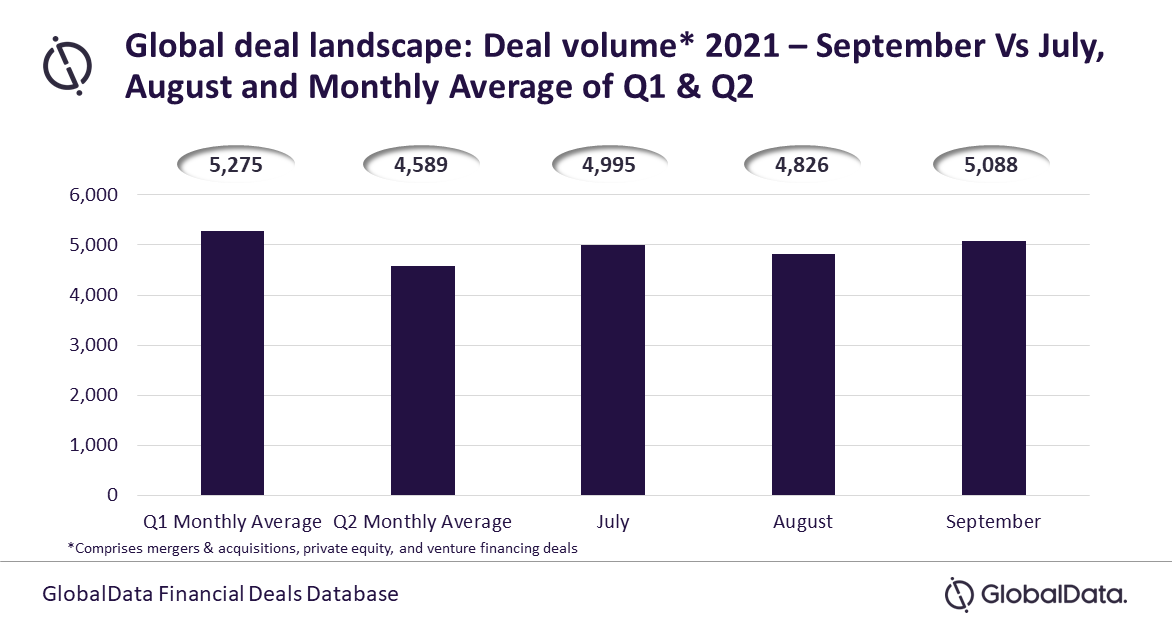