After witnessing a decline in October 2021, deal activity rebounded in November. A total of 5,056 deals (comprising mergers & acquisitions, private equity, and venture financing deals) were announced globally during November 2021, which is an increase of 5.4% over 4,796 deals announced during the previous month, according to GlobalData, a leading data and analytics company.

An analysis of GlobalData’s Financial Deals Database revealed that the deal volume during the month remained higher than the monthly average of the second and third quarters (Q2 and Q3) of 2021 but yet to touch Q1 monthly average levels.

Aurojyoti Bose, Lead Analyst at GlobalData, comments: “A lot depends on North America and more specifically the US, the key market of the region. After witnessing a decline in October, deal activity in North America and the US rebounded in November, which also contributed significantly to the improvement in global deal activity.” 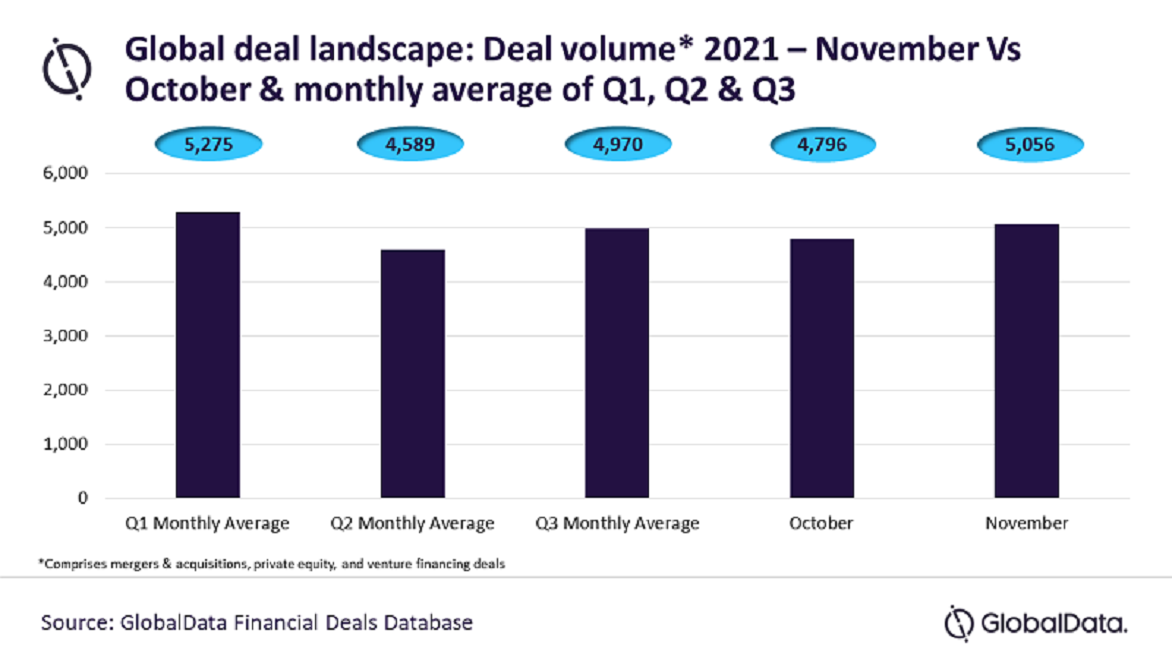 North America continued to account for the highest share deal activity, with improvement in deal volume by 7.5% from 2,025 deals in October to 2177 deals in the month of November. Akin to North America, Asia-Pacific and Middle East and Africa regions also witnessed increase in deal volume in November compared to the previous month, while Europe and South and Central America witnessed decline.

Bose continues: “All the deal types (under coverage) have witnessed improvement in deal volume. The number of private equity, venture financing and merger & acquisitions (M&A) deals increased by 13.2%, 6.2% and 3.5% in November compared to the previous month, respectively.”