A total of 6,598 deals were announced globally during September 2020, which is an increase of 1.7% over 6,488 deals announced during the previous month, according to GlobalData, a leading data and analytics company.

An analysis of GlobalData’s Financial Deals Database reveals that deal volume during the month remained above the first and second quarter of 2020’s monthly average levels.

Aurojyoti Bose, Lead Analyst at GlobalData, comments: “Though marginal, the growth in September marked the fourth consecutive month of growth in deal volume. However, the deal count indicates prevailing cautiousness.” 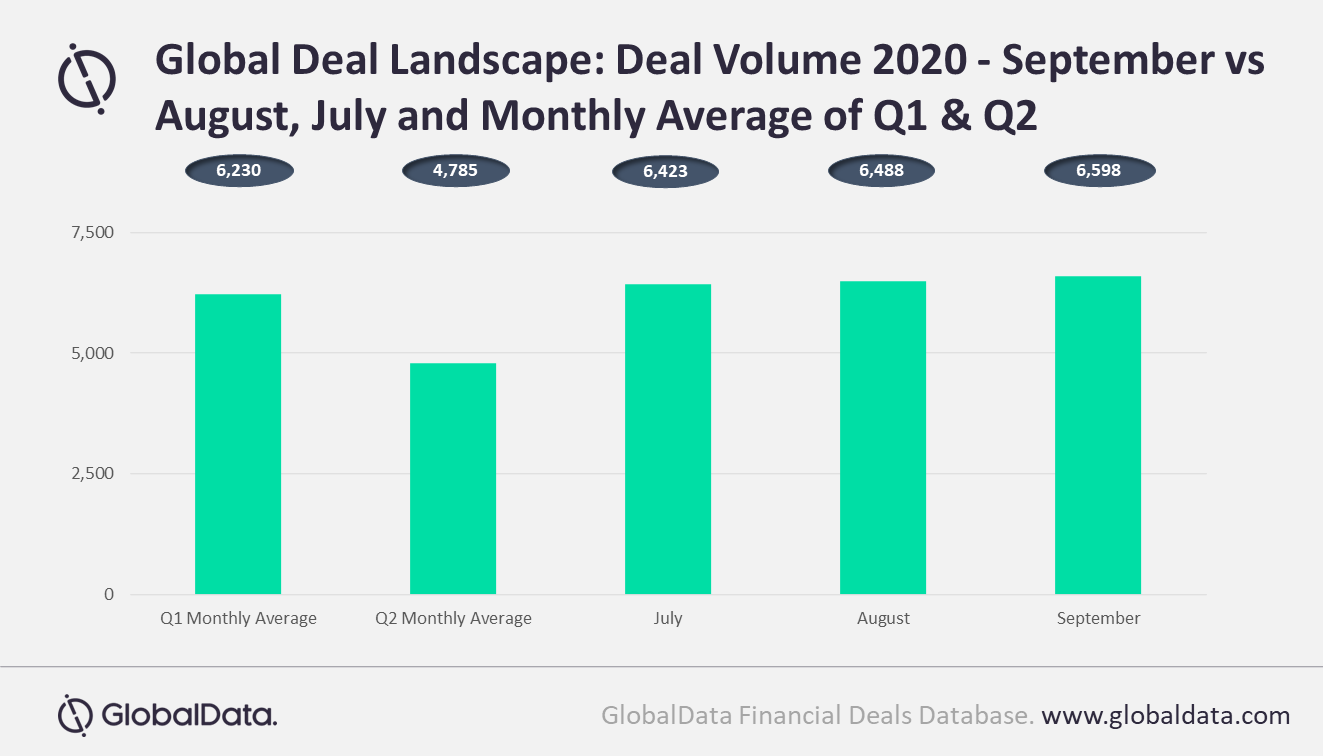 North America continued its dominance by accounting for the highest number of deals followed by Asia-Pacific, Europe, the Middle East and Africa, and South and Central America. Despite being on the top spot, North America witnessed a decline in deal volume from 2,853 in August to 2,481 deals in September primarily due to subdued deal activity in the US.

Other key markets such as Canada, South Korea and Japan also witnessed decline in deal volume. In contrast, the geo-political issues and plummeting economy failed to slow down deal-making in other markets including India, China and the UK that showcased growth in deal volume by 34%, 12.1%, and 8.6% in September compared to the previous month.

Deal types such as private equity, partnership and venture financing witnessed deal volume increasing by 41.7%, 19.2% and 14.9% during September compared to the previous month, while the number of licensing agreement, equity offerings, debt offerings, and mergers and acquisitions (M&A) declined by 36.7%, 11.9%, 7.8% and 0.7%, respectively.