The COVID-19 outbreak has affected global mergers and acquisition (M&A) deal activity during the third quarter (Q3) of 2020. However, the M&A deal landscape showcased improvement in September, according to GlobalData, a leading data and analytics company.

Aurojyoti Bose, Lead Analyst at GlobalData, comments: “The rebound in deal value in September was driven by the APAC and Europe regions, which witnessed the announcement of big-ticket deals during the month such as the acquisition of the remaining 33.79% stake in NTT Docomo by Nippon Telegraph & Telephone (NTT) for US$40.7bn, which raised the total value for the APAC region. Meanwhile, the announcement of the acquisition of ARM by NVIDIA for $40bn was pivotal in raising the total deal value for Europe during September.” 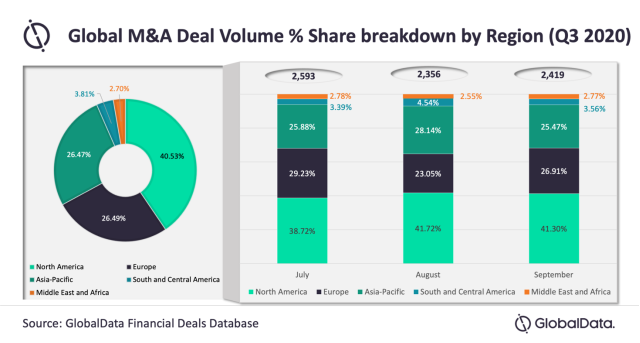 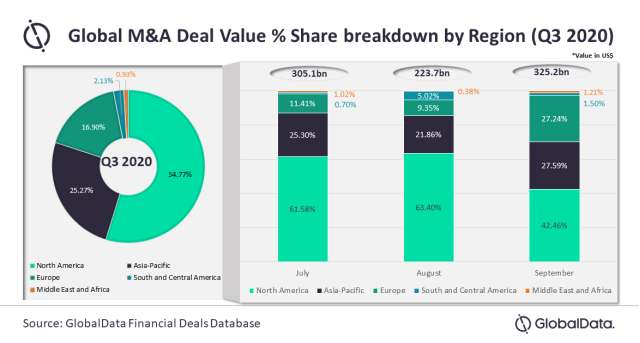 Surge of bio/pharma special purpose mergers and acquisitions should be viewed with skepticism, says GlobalData
COVID-19 is driving more supplier redundancy
Antibodies against SARS-CoV-2 wane over time, suggesting immunity may be short-lived, says GlobalData
Telemedicine services for mental health could face obstacles amid the US election
Governments need to sort permanent legal solution as telemedicine is here to stay post-COVID-19