The global venture capital (VC) investment activity remained relatively flat during the months in the third quarter (Q3) of 2019, according to GlobalData, a leading data and analytics company.

Low value deals (investment <=US$10m) continued to dominate VC investments with 74.9% share in the overall volume, with highest number of deals announced in the range of US$1m-US$5m. While the share of low value deals mostly remained unchanged/flat across the first two months, the share declined in the third month of Q3 2019.

The top five countries by deal volume (the US, China, the UK, India and Canada) collectively accounted for more than 75% of the total VC investment volume (including VC investments with disclosed funding value).

Aurojyoti Bose, Financial Deals Analyst at GlobalData, says: “On the back of increasing economic and geopolitical uncertainty, VC investors are becoming more cautious, which also reflects in the declining/inconsistent deal activity in some of the key markets. However, investors are likely to continue to place bets on promising companies while remaining vigilant on developments around US-China tradewar and Brexit.” 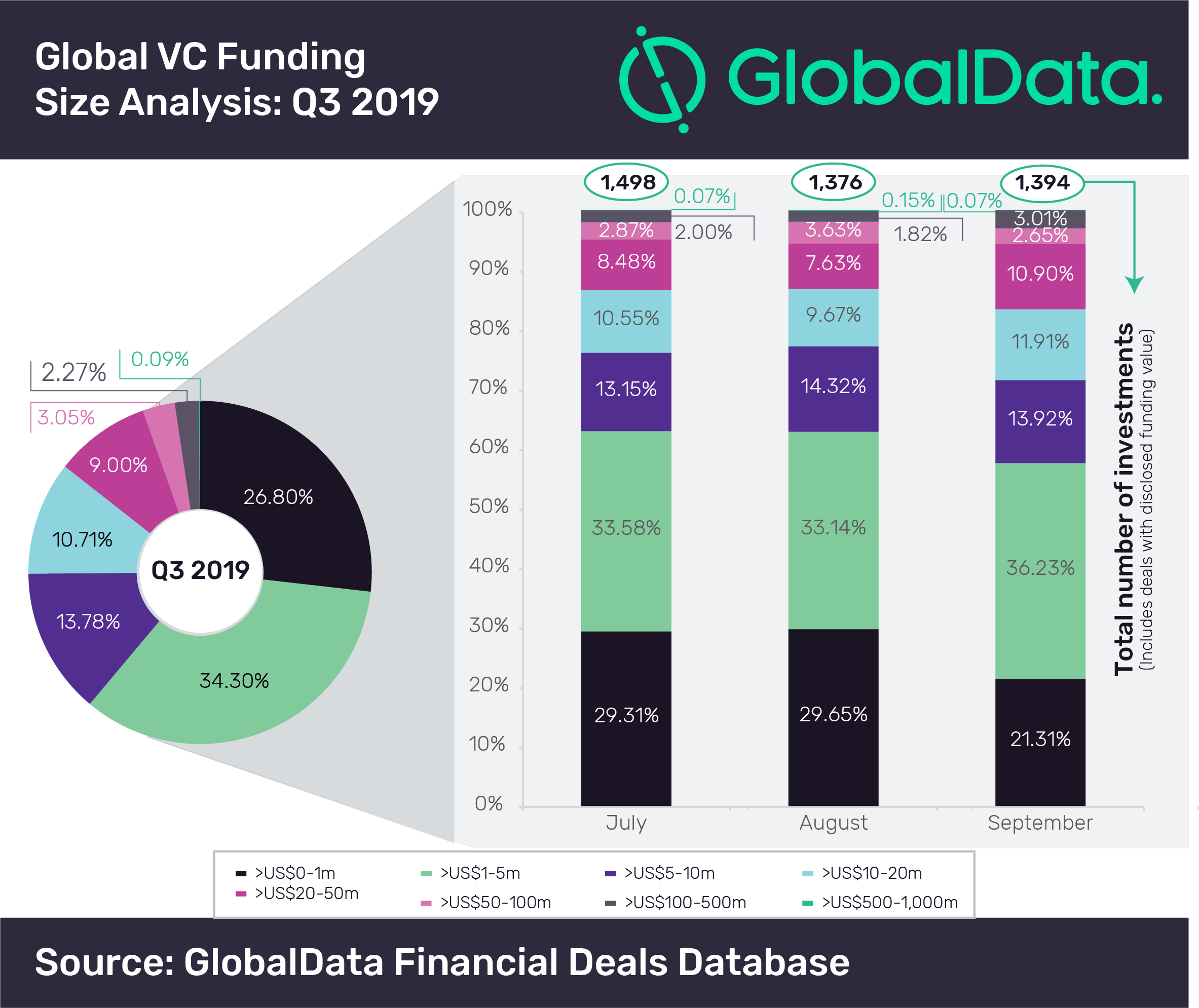 A total of 1,498 deals (with disclosed deal value) were announced in July 2019, which was the highest among all the three months. Low value deals as a percentage of the total deal volume stood at 76% during the month.

The US topped with a total of 766 VC funding deals, whereas China held a distant second position with 138 deals in July.

VC investment deal volume witnessed a decline of 8.1% in August 2019 as compared to the previous month. Low value deals as a percentage of the total deal volume stood at 77.1%, which was the highest among the three months.

Some of the notable deals announced in August 2019 include US$785m raised by JUUL Labs and US$550m Series C funding raised by Babylon Health.

September reversed the decline witnessed during previous month with marginal increase in deal volume. The month witnessed the highest number of US$100m+ deals among all the three months while low value deals as a percentage of the total deal volume was the lowest (71.5%).

Some of the notable deals announced in September include US$700m Series B+ funding raised by NetEase Cloud Music and US$500m to be raised by Longtail Insurance Holdings.