Global zinc production is expected to grow at a compound annual growth rate (CAGR) of 3.8% between 2019 and 2022, to reach 15.7Mt in 2022, according to GlobalData, a leading data and analytics company.

The company’s latest report: ‘Global Zinc Mining to 2022’ states that growth will be supported by production expansions and new mines commencing operations across China, Canada, India, Kazakhstan and Mexico.

Vinneth Bajaj, Senior Mining Analyst at GlobalData, comments: “After declining substantially in 2016, global zinc mine production increased in both 2017 and 2018, reaching 13.2Mt and 13.4Mt respectively. However, the market has remained in a severe deficit, impacted by several mine closures and production cuts over price concerns.” 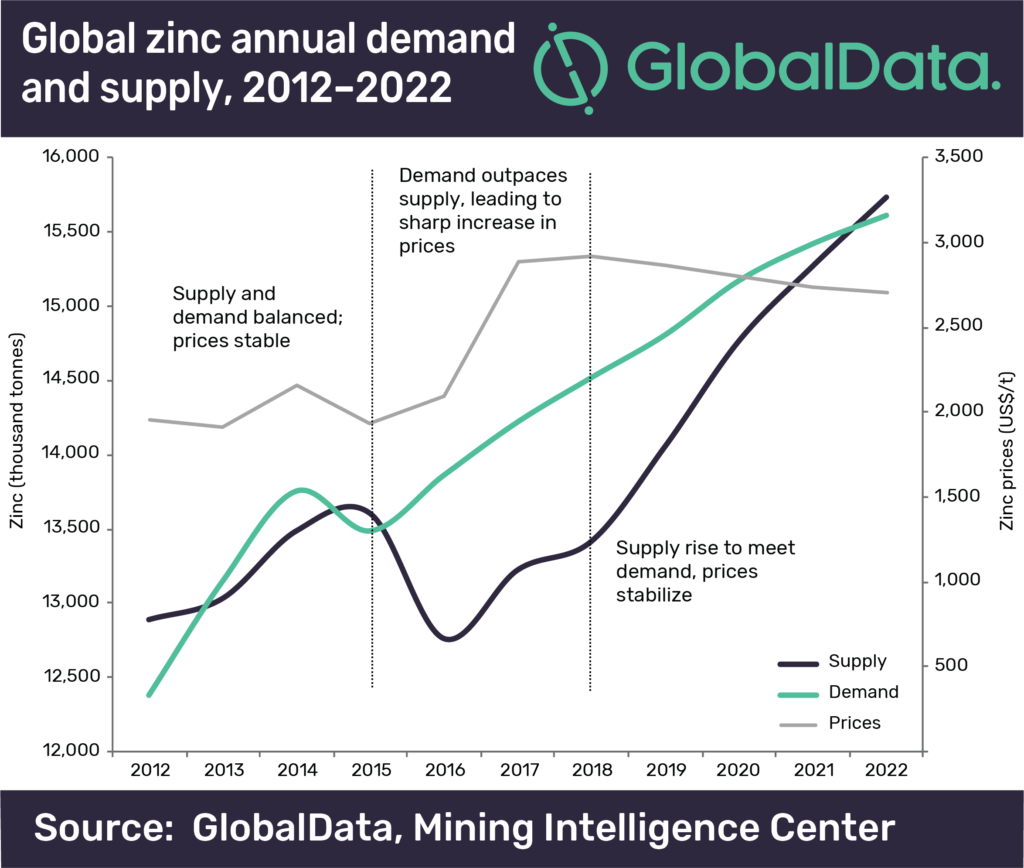 In 2018 the global production of zinc rose, supported by a 9.9% increase in production from Australia, with an increase in output from MMG’s Dugald River project, the commissioning of Century Resource’s New Century mine and the Hellyer Tailings project in Australia. This was supplemented by an 8.5% increase in production from Peru, 7.9% from India, and 5.9% from the US. However, output was still 1.1Mt short of global demand, which reached 14.5Mt due to increasing demand from China, Germany, the US and Belgium. Production from China, the world’s largest producer of zinc, is estimated to have declined, albeit marginally, by 1%, owing to environmental restrictions.

Bajaj adds: “Looking ahead, there are almost 100 zinc projects expected to commence operations between 2019 and 2022, of which around 24 are currently under construction, while the remainder are under various stages of development. Of these projects, around 15 are located in Australia, 11 in Canada, eight in Mexico, six in Peru, five in the US and four each in Kazakhstan, Russia, and China.”